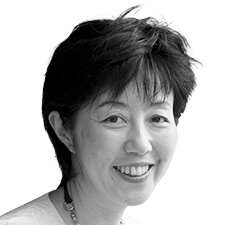 Born in Tokyo, Noriko Arai earned a degree from the Hitotsubashi University School of Law, and then the University of Illinois Department of Mathematics and its Graduate School, and completed her doctorate at the Tokyo Institute of Technology. Her specialty is mathematical logic. Outside of mathematics, her main work is development of NetCommons, a content management system for educational institutions, and researchmap, an information sharing platform for researchers.

Since 2011, Arai has been the director of the Todai Robot Project, which has tested whether an AI pass the entrance exam for the University of Tokyo. In 2016, she led the research and development of Reading Skill Test to measure reading comprehension.

Arai's 2017 TED Talk has been translated into 21 languages and viewed by over 1.4 million people. In 2018, Arai and other top AI researchers were invited by President Emmanuel Macron of France to speak about his government's AI policy. The same year, she gave the keynote speech at the UN's third annual STI forum, a conference to discuss the relationship between sustainable development goals (SDGs) and science and technology.