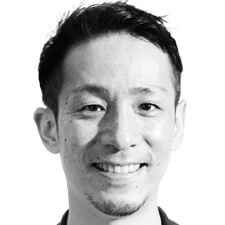 Board Member
Board Member of Japan Sports Analyst Association (JSAA).
In 2009, Chiba, a devoted football player since childhood, decided to start his career as a sports analyst at the Japan Sport Council, mainly for fencing players. He considers himself the world’s most knowledgeable fencing amateur who develops analytical methods and analyzes over 300 games per year. After helping Japan's fencing team win a medal at the London Olympics and supporting the team at the Rio de Janeiro Olympics, he is working toward the Tokyo Olympics as an Intelligence and Scientific Support Department member of the Japanese Olympic Committee, an analyst and assistant to the manager of the Japan Fencing Federation's Performance Division, and a member of the Japan Tennis Association’s High Performance Information and Science Committee. Since 2014, as a co-founder and board member of JSAA he has been engaged in promotional and educational activities regarding sports analysts and sports analytics. He completed the SDM Sports X Leaders Program at Keio University.
Read More Read Less