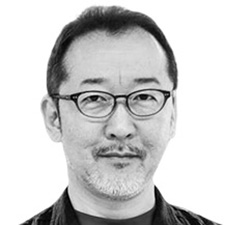 Science writer
Born July 2, 1960, in Tokyo, Kaoru Takeuchi graduated from the University of Tokyo College of Arts and Sciences, with a major in science history and science philosophy, and from the University of Tokyo Department of Physics. He earned his Ph.D. in high-energy physics from McGill University. He began his career as a science writer after graduate school, and to date has published over 150 works, mainly explaining physics and commenting on science. His 2006 book "99.9% wa kasetsu - Omoikomi de handan shinai tame no kangaekata" (99.9% is Hypothesis -- How to Avoid Making Judgments Based on Preconceptions; Kobunsha) sold over 400,000 copies. Takeuchi not only writes on a wide range of topics, like physics, math, neurology, space, and AI, but also makes TV and radio appearances and gives talks. He is also a cat lover, and Schrodinger's cat frequently appears in his works. Since the spring of 2016, he has also served as a representative of the private elementary school YES International School.
Read More Read Less