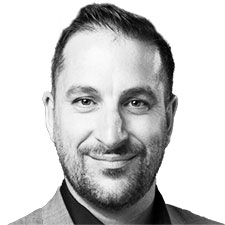 Chief Information Security Officer
Mr. Jon Dean was appointed as Defence CISO in 2020, bringing 18 years of domain expertise to the role. Jon joined Defence as a graduate in 2002, starting his career as a cyber security researcher in the Defence Science and Technology. During his research career he was responsible for the delivery of a number of Cyber Defence Mission Systems to protect both Australian and US networks and military platforms, and established a world leading international research program for Cyber Mission Assurance. He transitioned from research into operations in 2017 where he led Defence’s inaugural operational cyber threat intelligence capability within Chief Information Officer Group. In 2018 he transitioned to the Director of the Defence Security Operations Centre, where he focused on maturing the capability to 24/7 cyber operations and enhancing its ability to support Australian Defence Force operations.
Jon holds a Bachelor of Computing (Hons) from the University of Tasmania, and a Master of Business Administration with excellence from the Australian Graduate School of Management, University of NSW.
Read More Read Less