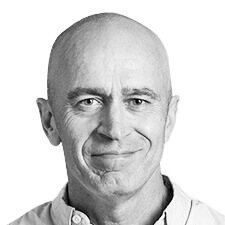 As a speaker, Stephen has a unique ability to excite audiences on the power of technology, the future of business and the new paradigm of 21st-century leadership. He is an inspiring personality on the highest-profile stages – including TEDx, the Australian Governance Summit and AMP Amplify – and is a member of the Prime Minister’s Knowledge Nation 100, top innovation leaders in Australia.

Stephen is the former Facebook CEO for Australia and New Zealand, where he guided Facebook’s unprecedented rise from quirky Silicon Valley start up to media and technology titan.

Working with Mark Zuckerberg, Sheryl Sandberg and Facebook’s Silicon Valley leaders, his tenure at Facebook saw the Australia and New Zealand business – including Instagram, Messenger, Whatsapp and Oculus – grow to become one of the most successful Facebook markets in the world.

Guest Keynote: Have We Met Before? The Revolution of Trust, Identity and Privacy in a Connected World

Data breaches, pfishing attacks, fake news, election hacking...many of today’s headlines share a common underpinning: the profound, technology-driven changes in our understanding of who we can trust. Facebook has been one of the companies at the centre of these headlines. In this highly-topical keynote, former Facebook CEO for Australia and New Zealand, Stephen Scheeler, shares his insider’s view of how trust and identity are being redefined in a data-driven, digital-first world, how the future of trust is likely to unfold in a world dominated by Google/Facebook/Apple/Amazon, and how individuals and organizations can come to terms with new definitions of trust, identity and privacy far different than those understood just a generation ago. Stephen offers both a Silicon Valley insider’s views on the current revolution in trust sweeping business and society, and practical advice for how individuals and organizations can manage trust in this new, hyper-connected world.

Your exclusive opportunity to meet with Stephen Scheeler to ask questions and share your thoughts.