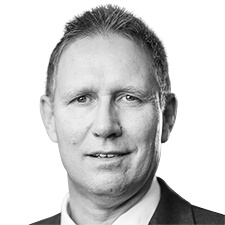 OAM
Dr Richard “Harry” Harris works in anaesthesia and aeromedical retrieval medicine in Adelaide, South Australia.
He has expertise in diving, wilderness and remote area health. His passion for cave diving goes back to the 1980’s and has taken him to the corners of the globe in search of new adventures.
Harry and his colleagues have explored the Pearse Resurgence in New Zealand to 229m depth, Daxing Spring in China to 213m and Song Hong Cave in Thailand to 196m to name a few. He is an enthusiastic but inferior UW photographer and videographer who is resigned to capturing opportunistic images via helmet cams. Harry has a professional and voluntary interest in search and rescue operations, establishing the first sump rescue training course in Australasia. By building relationships with emergency services locally he has been preparing for such an event. The 2018 Thailand cave rescue was an opportunity to put this training to work. In 2018 he received the Star of Courage, Australia’s second highest civilian award for bravery, and the medal of the Order of Australia for his role in the Thailand cave rescue.
Harry is the 2019 Australian of the Year for South Australia and the joint 2019 Australian of the Year with his dive partner Craig Challen.
Read More Read Less