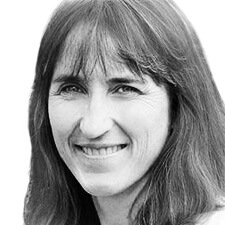 Mountaineer
Cathy O’Dowd is the first woman in the world to climb Mount Everest, the world’s highest mountain, from both its north and south sides, and she remains an active adventurer today!

The years she spent on or around Everest were, for her, a degree ‘in living’. The insights she discovered about herself, and about individuals and teams under intense stress in the face of overwhelming challenge, are ones she has been sharing with her corporate audiences ever since. She has been a professional speaker for nearly 20 years and has presented her message to companies in over 40 countries on six continents.

Cathy’s most challenging Himalayan epic was as part of team forging a new route on an 8000 metre peak. Although Cathy herself did not reach the summit, two of her teammates did, doing the first ascent of Nanga Parbat via the Mazeno ridge, and winning the prestigious Piolet d’Or for their achievement. She has turned this experience into a fascinating interactive case-study of successful project execution of truly innovative goals.
Read More Read Less