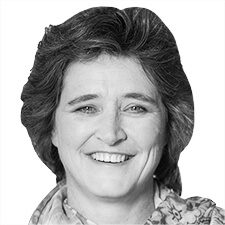 Chief Executive
Nicky Newton-King has been the Chief Executive of the Johannesburg Stock Exchange since January 2012 and will retire on 30 September 2019.
Nicky joined the JSE nearly 23 years ago from law firm Webber Wentzel where she was a partner. Prior to becoming CEO, Nicky was Deputy CEO for 8 years and member of the Board of Directors since December 2000.
Nicky graduated from the University of Stellenbosch with BA LLB degrees and in 1994 obtained an LLM degree with first class honours, from the University of Cambridge, England. In 2006, Nicky spent 5 months at Yale University as a Young Global leader.
Nicky was a World Economic Forum Global Leader of Tomorrow and subsequently a WEF Young Global Leader. Nicky was South Africa’s 2003 Businesswoman of the Year.
Read More Read Less

Hear it first at Symposium/ITxpo