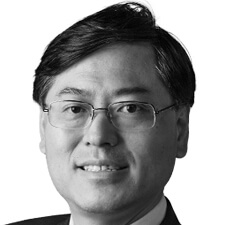 Chairman & CEO
Mr. Yuanqing Yang joined the Lenovo Group in 1989 and has played a key role in Lenovo’s transformation into a US$60 billion global technology company operating in 180 markets around the world.

Under his leadership Lenovo completed the acquisition of the IBM PC business in May 2005 and the acquisitions of the IBM x86 server business and Motorola Mobility in October 2014. Now, Lenovo is not only the number one PC company in the world but also one of the major players in the global server market and smartphone market. In addition, Lenovo has been focusing on its mission of intelligent transformation through smart devices, Internet of Things, edge computing, cloud computing, 5G and big data, providing services and solutions in these areas to its customers.

Lenovo has been recognized extensively for its leadership and innovation, including ranked on Fortune’s list of World’s Most Admired Companies and cited as one of Thomson Reuter’s Top 100 Global Tech Leaders. Lenovo is also ranked on Gartner’s list of the world’s Top 25 Global Supply Chains and #224 on the Fortune Global 500 list. Most recently, Lenovo has been recognized as one of the Most Innovative Companies by Boston Consulting Group.

Mr. Yang has been the recipient of multiple awards and industry accolades. In 2011, Finance Asia voted Mr. Yang the Best CEO in China. In 2004 and 2012, Mr. Yang was named “CCTV China Annual Economic Figure”. He was in Barron's Best CEOs list from 2013 to 2015 and in 2014 won the Edison Achievement Award. In 2020 Mr. Yang was named as one of China’s Most Influential Business Leaders by Fortune (China) magazine.

Mr. Yang was born in Anhui Province of China in November 1964. He received a Master’s degree in computer science from the University of Science and Technology of China, and a Bachelor’s degree in computer science and engineering from Shanghai Jiao Tong University. Mr. Yang serves as a member of the International Advisory Council of Brookings Institute, and is a board member of Baidu, Inc. and TaiKang Insurance Group.
Read More Read Less