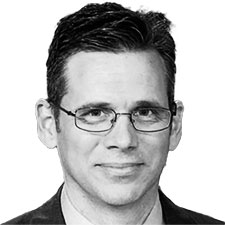 McGrath worked for the U.S. Department of Justice from 1999 to 2009, serving the final five years as the chief information officer for the Executive Office for Immigration Review. While as program manager for the Joint Automated Booking System, the staff received the Federal Executive Leadership Council’s Showcase of Excellence Award and the Federation of Government Information Processing Council’s Intergovernmental Solutions Award.

From 1989 to 1999, he directed the Criminal Justice Information Systems for the City of Alexandria (Va.) and was employed for seven years as a probation/parole officer in Virginia and New Jersey. McGrath served on the Virginia State Bar, 5th District Disciplinary Committee and the Board of Directors of Offender Aid and Restoration. McGrath has traveled abroad with the U.S. Agency for International Development and the American Bar Association’s Central and Eastern European Law Initiative to provide technical assistance to the Russian Federation for the reinstitution of trial by jury.
McGrath holds a bachelor’s degree in criminal justice and political science from King’s College in Wilkes-Barre, Pa. He is also a graduate of the Federal Executive Institute and a fellow of the National Center for State Courts’ Institute for Court Management.

McGrath lives in Alexandria with his wife, Theresa, and has two children (Kyle and Shannon).
Read More Read Less