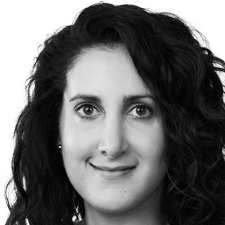 Digital Anthropologist, Author, Executive Director
Rahaf Harfoush is a Strategist, Digital Anthropologist, and Best-Selling Author who focuses on the intersections between emerging technology, innovation, and digital culture. She is the Executive Director of the Red Thread Institute of Digital Culture and teaches “Innovation & Emerging Business Models” at Sciences Politique’s school of Management and Innovation in Paris. She is currently working on her fourth book.
Her third book, entitled “Hustle & Float: Reclaim Your Creativity and Thrive in a World Obsessed with Work,” was released in 2019. She has been featured by Bloomberg, The CBC, CTV, and Forbes for her work on workplace culture.
Formerly, Rahaf was the Associate Director of the Technology Pioneer Program at the World Economic Forum in Geneva where she helped identify disruptive-startups that were improving the state of the world.
Rahaf is the co-author of “The Decoded Company: Know Your Talent Better Than You Know your Customers” It was published in early 2014 and was listed on both the New York Times and USA Today best seller lists. It won a 2015 Gold Axiom Award for Best Business Technology Book. The Decoded Company explores how big data is providing an unprecedented opportunity for organizations to dramatically improve their decision making, increase their performance and, most importantly, intentionally create happy and vibrant work cultures.
Her first book, “Yes We Did: An Insider’s Look at How Social Media Built the Obama Brand,”chronicled her experiences as a member of Barack Obama’s digital media team during the 2008 Presidential elections and explored how social networking revolutionized political campaign strategy.
In 2019, the prestigious “Les Napoleons” named Rahaf as one of the most innovative women in France. She was listed as one of the top future thinkers to shape the world by the Hay Literary Festival in 2017. Rahaf was named as a Young Global Changer by the G20 Global Think Tank Summit. Rahaf has also been recognized by the World Economic Forum as a Young Global Shaper, and by the Women’s Forum for the Economy and Society as a Rising Talent for her thought leadership in the fields of digital culture and technology. In 2014, Rahaf was also named as a “Canadian Arab to Watch,” by the Canadian Arab Institute. She is a member of the German Marshall Network of Transatlantic Leaders.
Rahaf’s writing has been featured in HBR, Wired, The Globe and Mail, Fast Company, Monocle, The Financial Times, Techonomy, The Next Web and many more. She is a frequent commentator on France24 and the CBC. She has been speaking about Digital Culture and Technology since 2006.
In her spare time, Rahaf enjoys instagramming too many pictures of her dog Pixel, learning how to play the ukulele and working on her first novel.
Read More Read Less