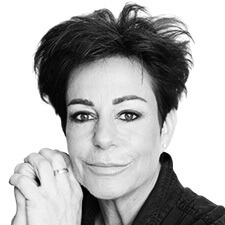 Champion Rally Driver, TV Presenter, Mental Toughness & Mindset Expert
A former World Rally Champion and the first and only woman to drive a World Rally Car, TV Presenter and Keynote Speaker, Penny Mallory knows a thing or two about Mental Toughness having become homeless on the London streets at the age of 14. Penny’s life couldn’t have been more dangerous or bleak, yet an inner strength and self-belief enabled her to take control of her future. Against all the odds, Penny became the first (and remains the only) woman in the world to compete in a World Rally Car, for the Ford Rally Team. She makes impossible possible and has continued doing what conventional thinking says she simply can’t – from competing in three marathons on three consecutive days to finding the courage to enter the boxing ring twice and the physical and mental resolve to conquer two of the world’s highest mountains.
Penny’s expert understanding of mental toughness, and how our thinking affects our behaviour is brought together in her Keynote, Why the Mentally Tough Thrive. Penny makes it real, accessible, and inspires life-changing and sustainable results.
Read More Read Less