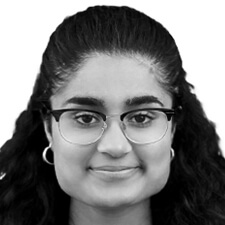 Student Speaker
Alishba Imran is a 19-year-old machine learning developer working on accelerating hardware/automation and energy storage.
Currently, Alishba is managing ML perception and prediction projects at Cruise and has done research at NVIDIA on RL-based simulation. Alongside this, she is publishing a book with O'Reilly on her work. Previously, Alishba led ML research at SJSU/the BLINC lab to reduce the cost of prosthetics from $10,000 to $700 and led neuro-symbolic AI for Sophia the Robot, the world's most human-like robot.


Alishba’s work has been featured on Forbes, Financial Post, and Yahoo Finance. Alishba spoken to over 40,000 people at some of the largest tech conferences about her research and projects!
Read More Read Less