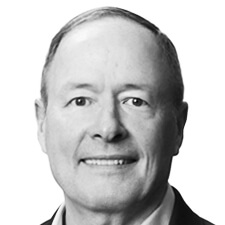 Former Director of the NSA, Chairman, Co-CEO, IronNet
General Alexander is a four-star general with an impressive 40-year military career, culminating in the role of the Director of the National Security Agency (NSA) and Chief of the Central Security Service (CSS) from 2005-2014. He holds the distinction of serving in this role longer than any other director. While serving as the NSA Director, he was appointed by Congress to be the first Commander to lead the U.S. Cyber Command (USCYBERCOM). He held this role from 2010-2014, establishing and defining how our nation is protected against cyber-attacks.

As Commander, USCYBERCOM, General Alexander was responsible for planning, coordinating and conducting operations, and defending Department of Defense (DoD) computer networks—as well as the defense of the nation—from cyber threats. As the Director of NSA, he was responsible for national foreign intelligence requirements, military combat support, and the protection of U.S. national security information systems. Prior to leading USCYBERCOM and the NSA/CSS General Alexander served as the Deputy Chief of Staff, Intelligence, Department of the Army; Commanding General of the U.S. Army Intelligence and Security Command at Fort Belvoir, VA; and the Director of Intelligence, United States Central Command, MacDill Air Force Base, FL., and the Deputy Director for Requirements, Capabilities, Assessments and Doctrine, J-2, on the Joint Chiefs of Staff. Serving as a member of the President’s Commission on Enhancing National Cybersecurity, General Alexander developed key recommendations to create a defensible national cyber architecture to protect national security by promoting rapid innovation and close public-private collaboration while preserving privacy and civil liberties. In 2019, General Alexander received the 35th Oliver Baker Award from the Intelligence and National Security Affairs organization that recognizes extraordinary contributions to the Intelligence and national security affairs of the United States. General Alexander is the recipient of the 2016 United States Military Academy (USMA) Distinguished Graduate Award. He holds a BS from the U.S. Military Academy, as well as an MS in Business Administration from Boston University; an MS in Systems Technology, and an MS in Physics from the Naval Post Graduate School; and an MS in National Security Strategy from the National Defense University.
Read More Read Less