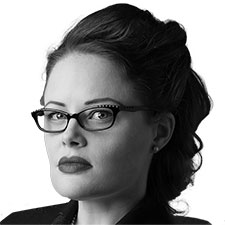 Strategic Technical Security Leader
Tarah Wheeler is a global leader in keeping private citizens and corporations safe from cyber attacks. She is an International Security Fellow at New America, a Belfer Cybersecurity Fellow at Harvard University’s Kennedy School of Government, leading an international cybersecurity capacity building project; a contributing cybersecurity expert for The Washington Post; and a Foreign Policy contributor on cyber warfare. Most recently, Wheeler was selected for the prestigious Fulbright Cyber Security Scholar Award. Under the scholarship, she will conduct research at Oxford University, in conjunction with the UK National Health Service, on defining cyber war crimes and mitigating the harms civilians face in nation-state-sponsored cyberattacks.

Previously, Wheeler was the cybersecurity czar at Symantec—one of the world’s top cybersecurity firms, and the Head of Offensive Security & Technical Data Privacy at Splunk. She has also led projects at Microsoft Game Studios, including the iconic video game franchise Halo. Once named the top female cybersecurity influencer in the world by Onalytica, Wheeler is also a serial entrepreneur: she is an advisory board member for the Electronic Frontier Foundation, a board of directors member at several cybersecurity companies, and is also the author of the #1 Amazon career guide bestseller Women in Tech: Take Your Career to The Next Level with Practical Advice and Inspiring Stories, which has topped the #1 Amazon bestseller lists in career guides, women in business, and technology nonfiction.

Wheeler holds an MSc from Portland State University and is a Certified Information Systems Security Professional (CISSP), a Certified Scrum Master (CSM), and a Certified Scrum Developer (CSD). She is also a pre-candidate for a Ph.D. in Complex Systems and Political Science from the University of Michigan and a National Science Foundation Fellow. A Texas Holdem poker player, she acquired her startup funds by cleaning out poker rooms in the Northwest and Las Vegas.
Read More Read Less
Thursday, November 18, 2021 / 11:00 AM - 11:45 AM EST

Guest Keynote: The Future of Cyberwar Defending Your Organization in the Fifth Battleground

Business is now on the frontlines of cyberwarfare. More than just the threat of hackers, companies have to worry about how nation-state conflicts might affect them—from cyberespionage groups out to steal their intellectual property, to targeted attacks aimed at shutting down critical nation infrastructures. For example, in 2017, theWannaCry attacks shut down computers in more than 80 NHS organizations throughout England, resulting in over 20,000 appointments cancelled, 600 GP surgeries forced to return to pen and paper, and 5 hospitals that resorted to diverting ambulances because they were unable to handle their emergency case load. Incidences like this, as well as Denmark’s NotPetya attack—at the time dubbed the “Most Devastating Cyberattack in History” by WIRED—have cost companies billions of dollars, as they become the collateral victims in state conflict.
So, how do you prioritize your information security budget when you’re no longer only concerned about hackers, but about nation-state attacks as well? In this talk, Tarah Wheeler—newly appointed the US/UK Fulbright Scholar in Cyber Security—shows leaders and organizations how to develop an effective threat model and understand their lines of defense. As cyberattacks from foreign governments continue to increase, it’s imperative that businesses learn how to defend themselves, take proactive action, and recognize their larger place in the world’s growing, complex technical ecosystem. This talk helps them do just that.