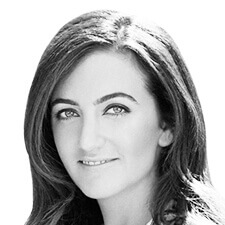 Co-founder and Chief Executive Officer
Jennifer Hyman is the Co-Founder and Chief Executive Officer of Rent the Runway, a company that is disrupting the $2.4 trillion fashion industry by building the closet in the cloud and powering women to feel their best every day. Recently valued at $1B, Rent the Runway is one of the few female-founded, female-led companies in history to reach this milestone.
In her role, she sets the strategic priorities and leads the company in growing all areas of the business, including marketing, technology, merchandising, supply chain and data science. She co-founded Rent the Runway in 2009, and has since raised over $525 million in capital, growing the business to over 11 million members, 1,800 employees (93% female and minority) and 600+ designer partnerships. Jennifer is a mission-driven leader and as the CEO, has built Rent the Runway from an idea into a profitable, high-growth company and one of the most beloved brands in the U.S.
In 2015, Jennifer Co-Founded the Rent the Runway Foundation to help female entrepreneurs throughout the U.S. build scalable, high-growth companies. She has since mentored thousands of female-founded companies providing them with the tools and networks they need to accelerate. She is an investor in and advisor to a diverse group of startups throughout the U.S. and is passionate about diversifying entrepreneurship. Jennifer’s proudest accomplishment has been to equalize benefits for her salaried and hourly workers and to become a national advocate of business leaders' responsibility to become moral leaders.
Jennifer has been honored with recognitions like the TIME "100 Most Influential People in the World", Forbes “12 Most Disruptive Names in Business”, Fortune’s “Most Powerful Female Entrepreneurs”, “Trailblazers”, “40 under 40”, Fast Company’s “Most Creative People in Business” and the Tribeca Film Festival’s “Disruptive Innovation” award. Under her leadership, Rent the Runway has been named to CNBC’s “Disruptor 50” and Fast Company’s Most Innovative Companies list multiple times. Serving as Rent the Runway’s spokesperson, Jennifer is a frequent guest on television, regular lecturer at universities and business schools nationwide, and speaker at major industry events with a particular passion for female entrepreneurship and workplace equality.
Prior to Rent the Runway, Jennifer was the Director of Business Development at IMG where she focused on the creation of new media businesses for IMG's Fashion Division. She also ran the advertising sales team at WeddingChannel.com and was an in-house entrepreneur at Starwood Hotels, creating Starwood’s first wedding business, which was recognized on the Oprah Winfrey Show for its innovation.
Ms. Hyman serves on the Board of Directors of The Estée Lauder Companies and on the Women.nyc Advisory Board, the pioneering initiative to keep New York the greatest city in the world for women. She received her BA from Harvard University cum laude and MBA from Harvard Business School and lives in Brooklyn with her husband and daughter Aurora.
Read More Read Less