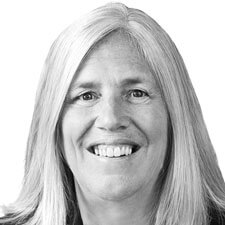 With over three decades of legendary and dedicated service, Gordon has led at every level of the Intelligence Community with roles spanning numerous organizations and disciplines, learning to “see the world as it is, not as she prefers it to be.” Exclusively represented by Leading Authorities speakers bureau, she draws on this experience to provide a nonpartisan analysis on the future of national security and cyber security, as well as inspire effective leadership in an age of disruption. Through personal anecdotes from her time in the IC, she charismatically motivates audiences to challenge the status quo, adapt to changing environments, and apply innovation to their business. Known for her ability to apply new technologies, modernize organizations, and increase collaboration, Gordon speaks expertly on the changed world in which we find ourselves today, and the importance of honing the crafts of innovation and leadership to successfully build our future.

Prior to assuming the role of PDDNI, Gordon served as the Deputy Director of the National Geospatial-Intelligence Agency (NGA) from 2015 to 2017. In this role, she helped to lead the agency and manage the National System of Geospatial Intelligence. Gordon was instrumental in driving NGA’s transformation to meet the challenges of a 21st century intelligence agency, championing agile governance, recruitment and retention of a diverse workforce, and expansion of geospatial intelligence services to the open marketplace.

Before her assignment with NGA, Gordon served for 27 years at the Central Intelligence Agency and was involved in some of the most monumental operations in U.S. history, including the raid of Osama Bin Laden. During her tenure, she rose to senior executive positions in each of the Agency’s four directorates: operations, analysis, science and technology, and support. In 1998, Gordon designed and spearheaded the formation of In-Q-Tel – a private, non-profit company that accelerates the development and delivery of cutting-edge technologies to national security agencies.

Gordon has been recognized for her creative executive leadership through numerous awards, including the Presidential Rank Award at the distinguished level. She holds a Bachelor of Science degree in zoology (biomechanics) from Duke University where she was the captain of the Duke Women’s Basketball team.
Read More Read Less
Tuesday, 12 May, 2020 / 05:15 PM - 06:00 PM EDT

With over 30 years of legendary national security service, Sue Gordon will reflect on the changed world in which we find ourselves today – one with ubiquitous technology, perfect connectivity, and unlimited data – and how this has disrupted the traditional ways we operate. Using personal lessons-learned from her career in national security and practical real-world examples, she'll provide strategies for adapting to disruption.