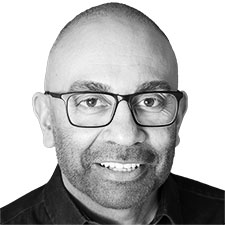 SVP of IT & CIO
Macario brings over 20 years of IT experience with him and was formerly the Vice President of
Market Technology for Caesars Entertainment. Prior to this he spent time working in a variety of
senior-level IT and operational roles with casino and technology companies across the United
States. Throughout his career, he also held several technology consulting positions where he was
responsible for designing, integrating and delivering CRM, analytics, social, mobile, cloud and
customer experience strategies.
Macario began his career as a Satellite Communications Chief in the United States Marine Corps,
where he installed and maintained a global network of communication systems in support of
military operations for eight years.
He earned an MBA from Purdue University as well as a BA in Management of Information
Systems from DeVry University. In both 2010 as well as 2020, the Hispanic IT Executive
Council named him “Most Influential Hispanic Leader in IT”. Macario currently resides in Fort
Lauderdale. In his spare time, he enjoys snowboarding in Colorado, Paddle Boarding taking long
walks with his dog (Simba) as well as, going “off the grid” in his Airstream RV.
Read More Read Less