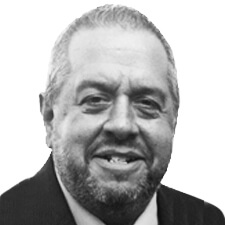 Chief Information Officer
Mr. Bardwell began his career with DialAmerica working as a contact center agent in 1993 during his final year at the University of Georgia. Over the next 18 months, Mr. Bardwell served the company in various positions, such as Sales Floor Supervisor, Shift Manager, Training Coordinator and Program Manager. In late 1994 Mr. Bardwell moved onto the IT side of the business and shortly after assumed responsibility for all technology-related systems on the inbound side of DialAmerica.

Over the next several years, Mr. Bardwell helped DialAmerica navigate through a period of growth, regulation and the explosive adoption of powerful and open technology.

DialAmerica, headquartered in Mahwah, New Jersey, is one of the nation’s largest privately owned dedicated domestic contact center companies. We have been in business since 1957 – plenty of time to learn what works best for our clients.
Read More Read Less