Consumer Pulse: Willingness to Vaccinate in the U.S. Is Tempered by Evolving Safety Concerns

These findings can help executive leaders craft product and marketing strategies, HR and communications policies and decisions about managing back-office and client-facing workplaces.

Executives trying to anticipate customer and employee needs in the wake of newly available COVID-19 vaccines should consider the signals emerging from our monthly U.S. consumer sentiment surveys. Participants have grown gradually more optimistic — but are still very cautious — about returning to prepandemic levels of social, recreational, educational and workplace activities. They worry about the spread of new variants and that the vaccinated population will disregard safety guidelines. And they told us what sources of information will influence their attitudes and decisions.

Eight in 10 (79%) respondents to our February Gartner Consumer Community survey on vaccine sentiment told us they are willing to take a safe vaccine if it’s available.

Although about one in 10 have consistently said over the last three months that they will never get vaccinated, more than half of respondents in both January and February told us they would get vaccinated as soon as they could (see Figure 1). 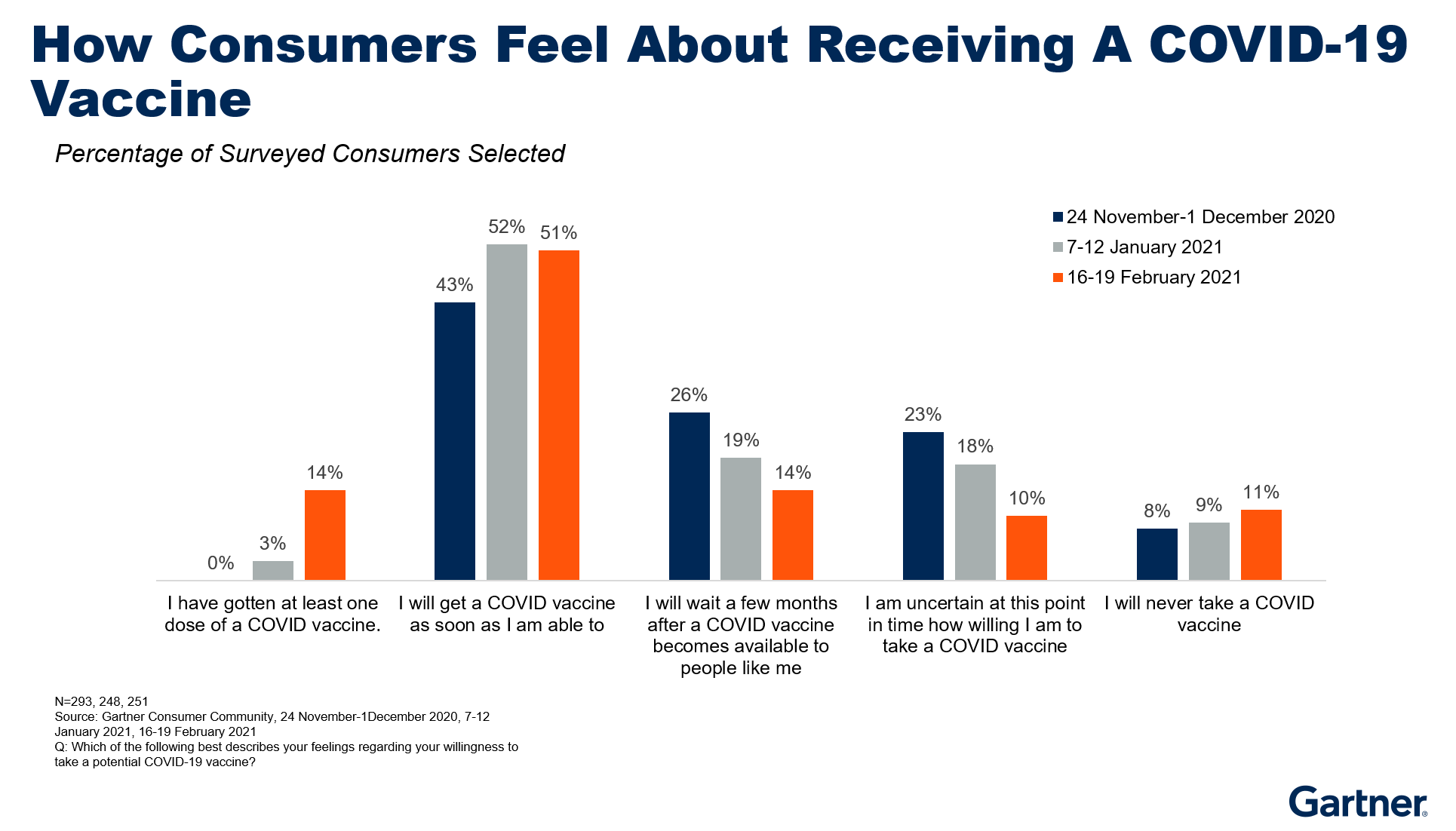 When consumers are asked to imagine their future fully vaccinated selves venturing out into the world, they reflect continuing caution. In February, only 15% said they would take off their masks (see Figure 2).

About a quarter would be willing to:

But over the last three months, the trend lines reflect a gradual increase in anticipated post inoculation change. Most notably: 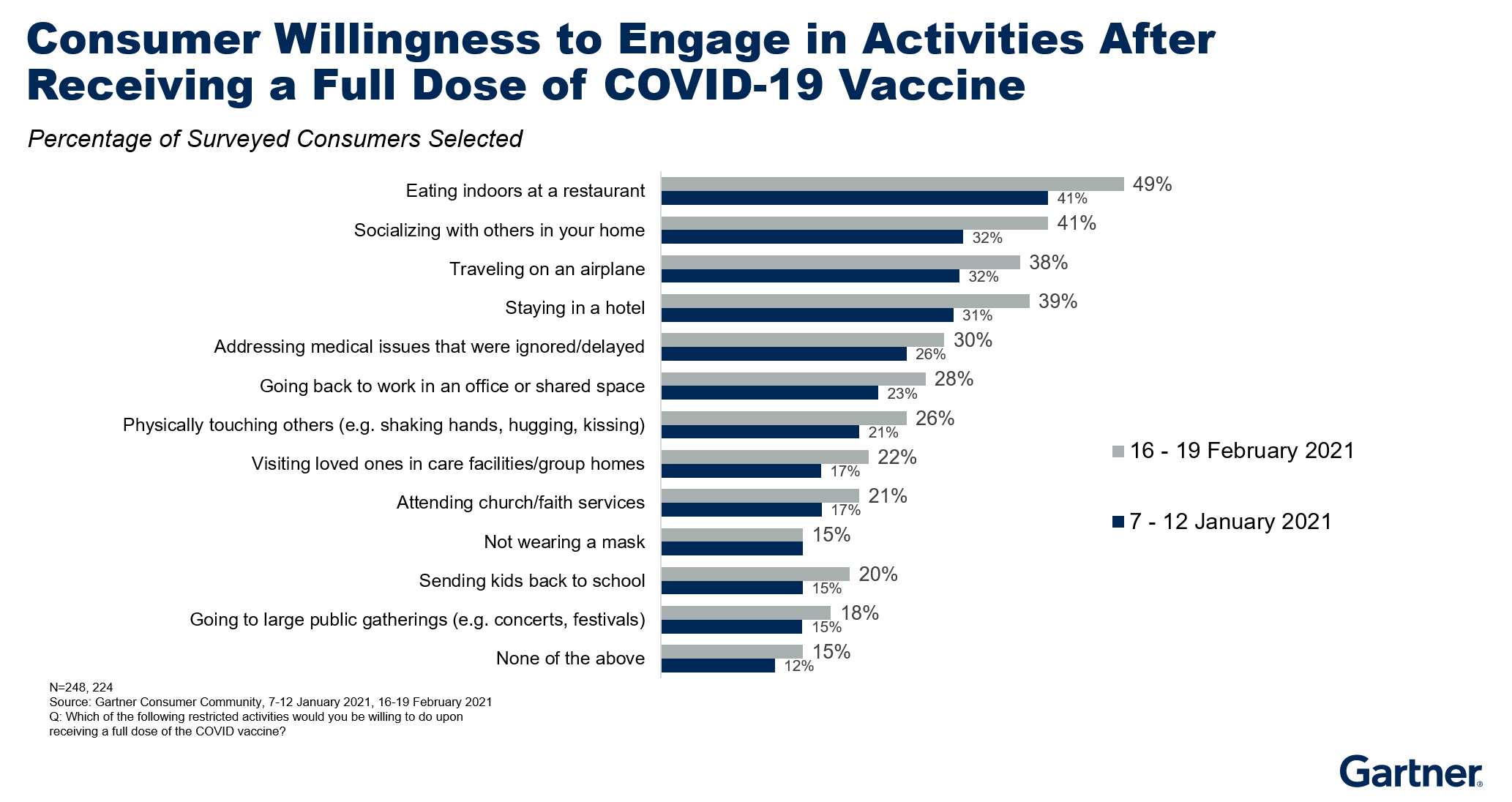 When presented with a list of 35 potential developments each month that could be of concern, this group most commonly selected the state of the economy. That’s still ranked first (see Figure 3).

The other two in the top five have also been there for the last year: 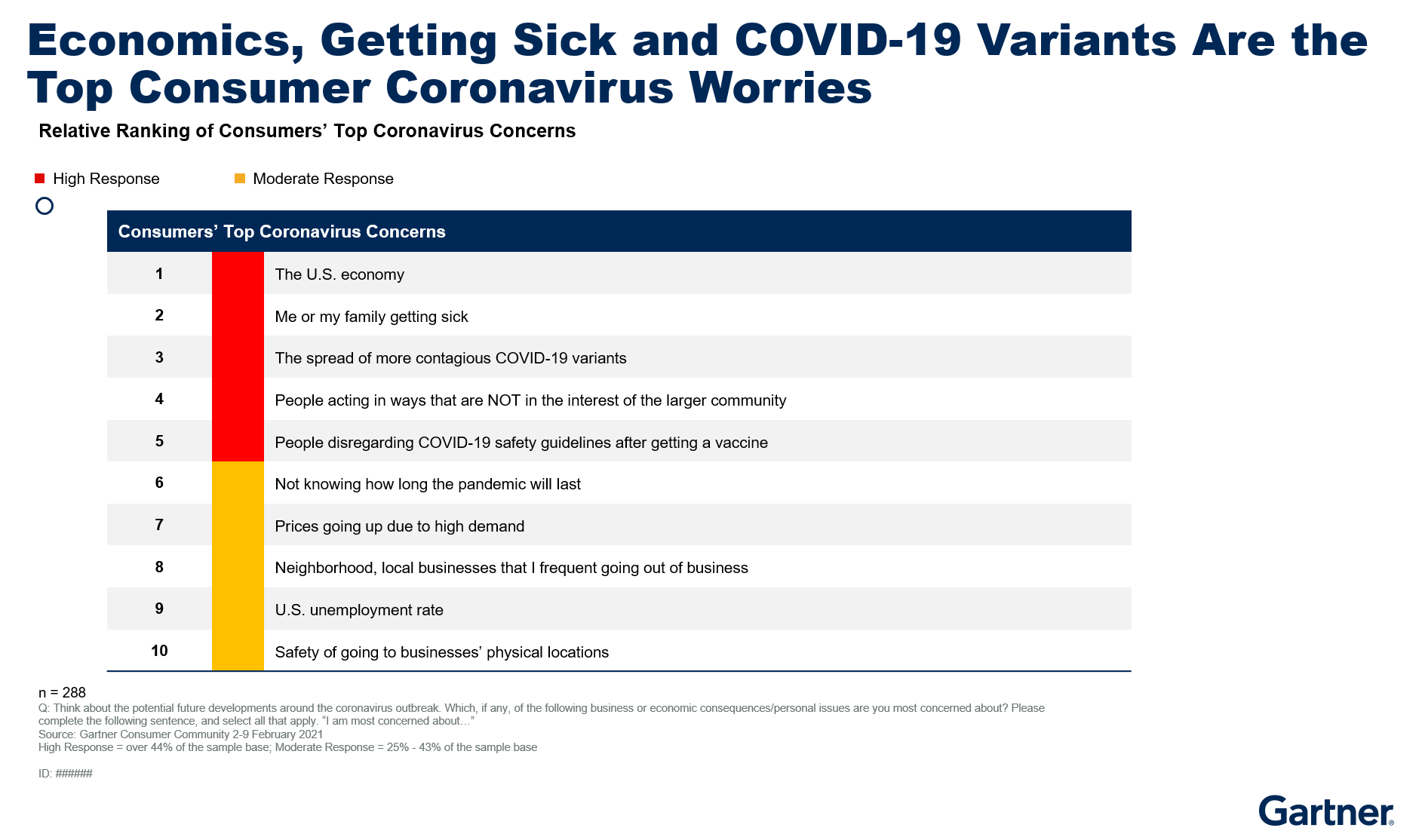 Fifty-seven percent of consumers are confident the vaccine will prevent serious illness or death, while 15% are not. The rest (28%) are somewhere in the middle.

Half of consumers told us they feel knowledgeable about vaccine developments, although almost one in five (18%) did not.

If you are looking to encourage employees to get vaccinated by using information they regard as credible, cite health institutions. Over half (62%) of respondents ranked these as major influences on their thinking about immunizations, just behind their own doctor.

We gave them choices that included typical establishment voices and informal sources such as social media or family and friends (see Figure 4).

President Joe Biden is a new addition to the list; nearly half said he was influential. His predecessor Donald Trump is still authoritative among 14% of surveyed consumers. Faith leaders and social media sites were rated lowest. 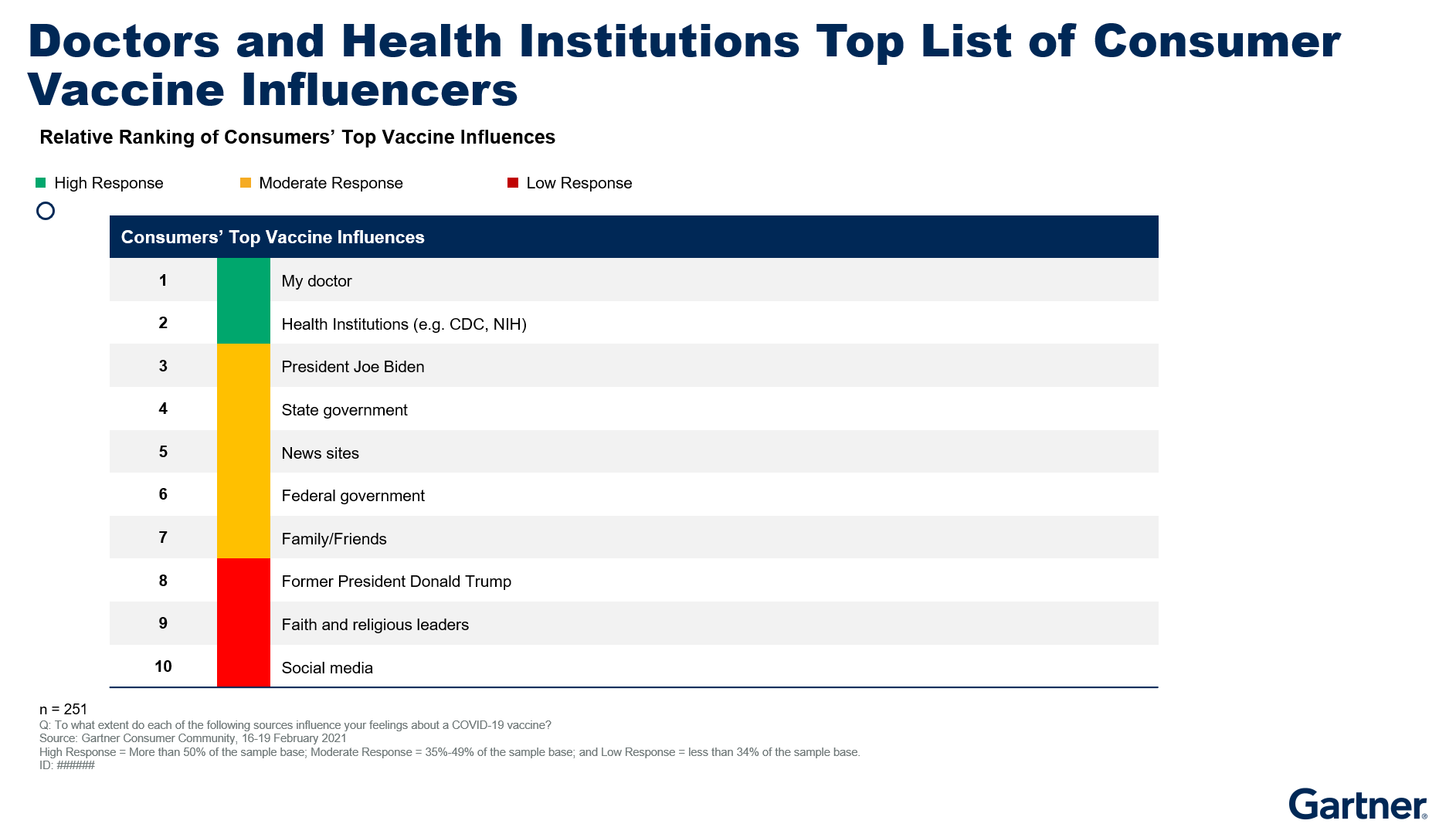 Recommended by the Authors

While Gartner Consumer Community (n ≈ 450) resembles the U.S. general population, the data presented above is based on the responses of community members who chose to take this individual activity (n = 251). This sample may not be representative of the general population and the data should only be used for directional insights.

How to Capture Opportunity in the Metaverse

3 Ways Cybersecurity Leaders Can Prepare for a Breach

What Happens When Your Customer Stops Being Human

How to Capture Opportunity in the Metaverse