Dale Kutnick is Senior Vice President, Emeritus, and Distinguished Analyst. His primary responsibilities are working with CIOs and senior business leaders to help them better manage and exploit technology and information to drive business transformation and enablement.

From 2007 to 2013, Mr. Kutnick was global leader of Gartner's Executive Programs, which more than doubled its contract value and dramatically enhanced customer engagement during that period. He is a regular speaker at Gartner events, and he works directly with numerous CIOs and senior executives on IT-enabled business initiatives and strategies.

Mr. Kutnick joined Gartner in 2005 following the company's acquisition of META Group, where he was co-founder and Chairman of the Board. He also served as President, CEO and Research Director of META Group from its inception in 1989 until 2003. META Group went public in December 1995, and revenues more than sextupled during the next six years.

In addition to his operational duties as META Group CEO, Mr. Kutnick led the creation, development, packaging and management of content quality of META Group's intellectual capital. He was also a frequent keynote speaker at industry conferences, a contributor to many books and other publications, and a consultant to IT industry CEOs and numerous CIOs.

Before co-founding META Group, Mr. Kutnick was Executive Vice President of Research with Gartner and an Executive Vice President at Gartner Securities. Prior to joining Gartner, he was Executive Director and Research Director at Yankee Group, a technology research and consulting firm, and a principal at Battery Ventures, a venture capital firm. He served on the Board of Directors of First Albany Corp. and its successor, Broadpoint Securities (BPSG), from 2005 through 2008. He was also a member of the governance and audit committees.

Mr. Kutnick is a graduate of Yale University (U.S.). He is secretary of the Dale and Laura Kutnick Foundation, which contributes funds to nonprofit education, medical and socially responsible causes.

Co-Founder, Chairman of the Board, Director of Research 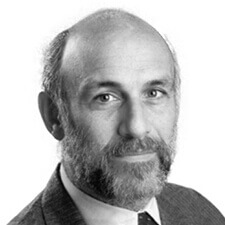 Quick Answer: How Should Organizations Respond to Greenwashing Risks?

How Will Increasing Focus on Environmental Sustainability Impact Future M&A?

Quick Answer: How Should Organizations Respond to Greenwashing Risks?