As a Distinguished Vice President Analyst in Government research, John Kost focuses on the ability of government to execute transformation by engaging senior government political and executive leaders in understanding and improving the role of the government CIO, IT governance models, citizen experience management, critical success factors for shared services and centralization, and, for IT executives, in mastering the politics of IT leadership in government.

Mr. Kost is internationally renowned for his work in IT governance, government transformation, information technology management and procurement reform.

Mr. Kost spent 20 years in government in the state of Michigan, where he was actively involved at executive levels in government transformation and management reform. His tenure culminated in his becoming state chief information officer (1992-1996), the first state CIO in the United States. During his tenure as CIO, he led a massive infrastructure consolidation and organizational centralization effort and was also responsible for the state's procurement process.

Mr. Kost previously served as chief deputy state welfare director and director of policy for the Michigan Senate. He began his state government career in 1976 as a welfare caseworker. After leaving government in 1996, Mr. Kost remained active in supporting government IT through private-sector roles, including starting the state and local sales organization for a large enterprise software vendor, serving as head of worldwide business development for a large government-oriented system integrator, and starting a state and local division for a consulting firm. 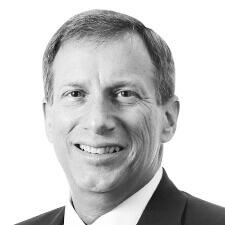 1Creating or recreating the role of CIO

2Analyzing and identifying the right model for governance

4Mastering the politics of IT leadership in government

Effective Governance Is Critical to the Success of Government Enterprise Initiatives

When Is It Time for Governments to Get Rid of Their Centralized IT?

Top Business Trends in Government for 2022

Effective Governance Is Critical to the Success of Government Enterprise Initiatives

The Gartner Predictions for 2023: Data & Analytics