Are Social Media Command Centers Worth the Investment

Carefully consider the value of these high-visibility investments.

In 2010, when Facebook had just 400 million users, as compared to 1.65 billion in 2016, the public relations value alone may have justified the investment. Fast forward to 2016, when there are 500 million tweets per day and CMOs are left to ask: Are command centers still a worthwhile investment of time, energy, attention and budget?

Social marketing command centers are highly visible, centrally located hubs of social media monitoring and marketing activity. They may be owned or outsourced and may or may not be staffed cross-functionally. 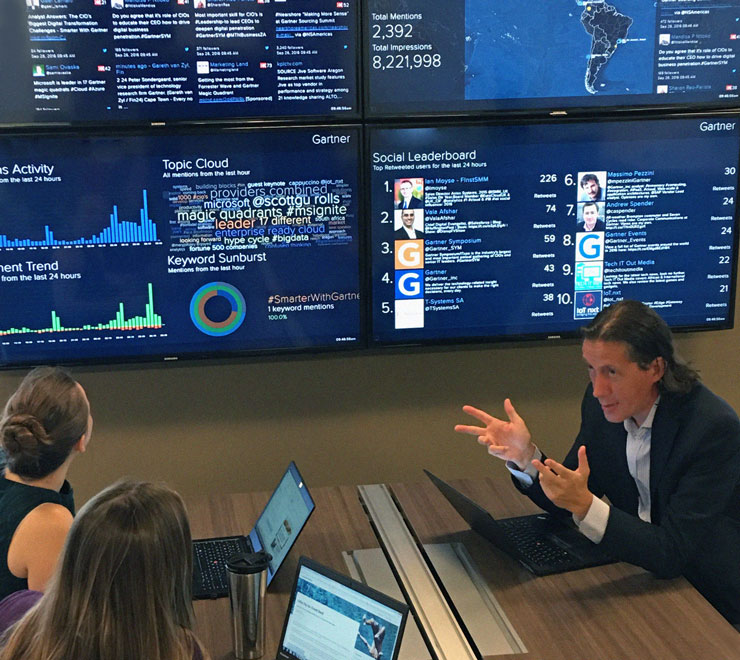 A social media command center won’t change the social data available to the team — it merely provides richer, more real-time visualizations. That means that if you’re not collecting and distributing the right metrics, a command center won’t help. Focus on your critical metrics and measurement and ensure the metrics are being shared with the right people. Use this investigation to identify gaps in data collection and analysis and ensure that the data streams being focused on align with customer needs.

Consider the command center a cultural tool rather than a data and analytics investment. Bringing visibility to metrics and democratizing data may increase numeracy across your team, but it won’t singlehandedly increase your data-driven maturity. Focus on data and measurement strategy first and screens and visualizations second.

“Whether the investment in a command center pays off depends on your business needs,” noted Mr. Wilson. Four guidelines help determine whether a command center is right for your organization:

3 Steps for Marketers to Prepare for a Cookieless World

Top Marketing Predictions for 2020 Reveal Risks of Influencers and Personalization

“I use Gartner to bolster my confidence in decision making.”