A View into Digital Disruptions

Track digital disruption across sectors to determine what to explore for digital and eventually, autonomous business.

With news of 3D printing, drones, and smart robots, it can be hard for CIOs to get their arms around digital disruption. What’s close at hand or farther out on the horizon? 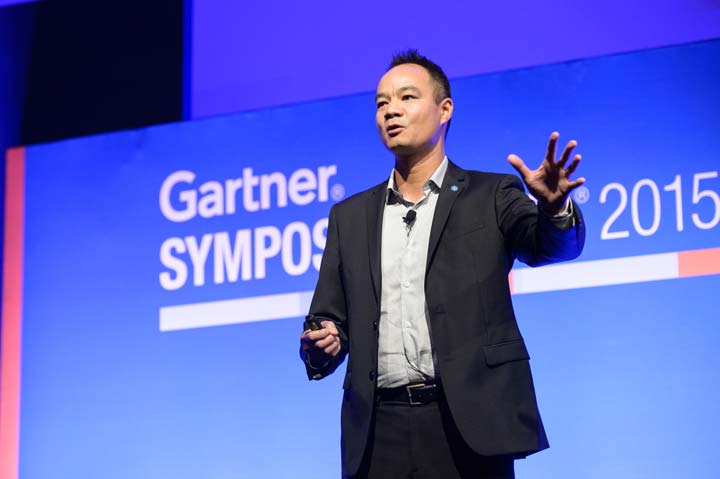 “Disruption is in the eye of the beholder,” said Hung LeHong, VP and Gartner Fellow, at Gartner Symposium/ITxpo in Orlando. He advised CIOs to think of digital disruption in terms of their companies, customers, and markets and shared examples from the B2C, B2B, public and financial services sectors to describe the move from digital business to autonomous business.

Early in 2015, Amazon filed a patent for 3D printing from inside delivery trucks. This type of IoT and 3D print-enabled supply chain may help operations functions in the Digital Business phase. Moving to Autonomous Business, smart machines will aid in the supply chain and directly in stores and in the home.

On the consumer side, we’re already seeing digitalized products such as Hello Barbie and (soon) the Viva Bear smart tattoo that reads a child’s temperature when placed on the forehead. Notably, the Hello Barbie offers full transparency by listing all 8,000 possible responses to give parents more comfort with the new technology.

“ Early in 2015, Amazon filed a patent for 3D printing from inside delivery trucks.”

“We are predicting that by 2020, it will cost .50 cents to internet enable a product,” Mr. LeHong said. This enables functionality such as a dryer alerting a homeowner that the laundry is done. Amazon has already created touch buttons for reordering products (Amazon Dash) and Mr. LeHong noted that some retailers believe that the connected home will be the next retail store.

Autonomous Business: Virtual personal assistants will order products for consumers causing companies to question whether they should market to the digital assistant, the consumer, or both.

Early examples such as industrial automation and mobile workforces are paving the way to the industrial internet and pay-as-you-go models. Hitachi sells trains as a service and some companies have begun IoT-based optimization and predictive maintenance models. In the autonomous business phase, we’ll see certain products gain autonomous features such as when things can self-order and smart machines make purchases themselves.

We’ve already seen citizen portals, e-voting, and big data and analytics to fight crime and fraud. In Boston, citizens can contribute news of potholes and graffiti in a crowdsourced urban program and an Israeli-toll road prices tolls based on the volume of cars.  In the next wave of disruption, smart cities put sensors beneath parking meters or add IoT-enabled infrastructure monitoring such as how Montreal allows citizens to track snow plows across the city. Singapore’s Smart Nation Platform provides a mandate to move towards IoT-enabled services.

Autonomous Business: Smart machine agents will handle inquiries, and new taxation models will emerge. We’ll also see predictive and prescriptive dispatch of police and waste maintenance. In a Chinese experiment, drones checked for cheating on an exam by checking for WiFI signals in students’ mobile devices.

Wearable payments will finally start to take off as consumers get comfortable with this method of payment. We’ll also see more usage-based leasing and pay-as-you-go insurance. The quantified-self trend will eventually impact health insurance incentives and rates as consumers share personal health data with their employers or insurers.

Automous Business: USAA has begun to use IBM Watson to offer advice for military personnel transitioning out of the service. This type of smart-machine based advisor will grow as well as smart machine customer agents. Also, there will be continued growth in the digital representation of value (noncurrency) similar to the blockchain protocol used by Bitcoin.

For CIOs, seek to understand citizen and consumer needs by observing what has already been implemented in other industries. For example, study how 3D printing has been used for toys or how smart machines in banking customer service deliver value. And remember to pursue value, not disruption. After all, Uber disrupted the taxi business, not consumer’s needs for easy transportation. It also takes time for general acceptance of digital disruption: Uber was founded in 2009 and took several years to reach broad use.