CIOs relationships with CEOs are becoming more strategic as they build their platforms for digital leadership.

Innovate or perish. PostNord, a 400-year-old state-owned company in the Nordic region with roots in mail delivery, took this imperative as part of its mission as customers worldwide shifted to digital communication alternatives.

Reflecting a growing trend, the role of PostNord’s CIO, Kenneth Verlage, has evolved beyond the traditional CIO role to include digital strategy and innovation. He’s led the design of a transformational business development application programming interface (API) platform, along with a new IT organization with greater capacity and better processes. 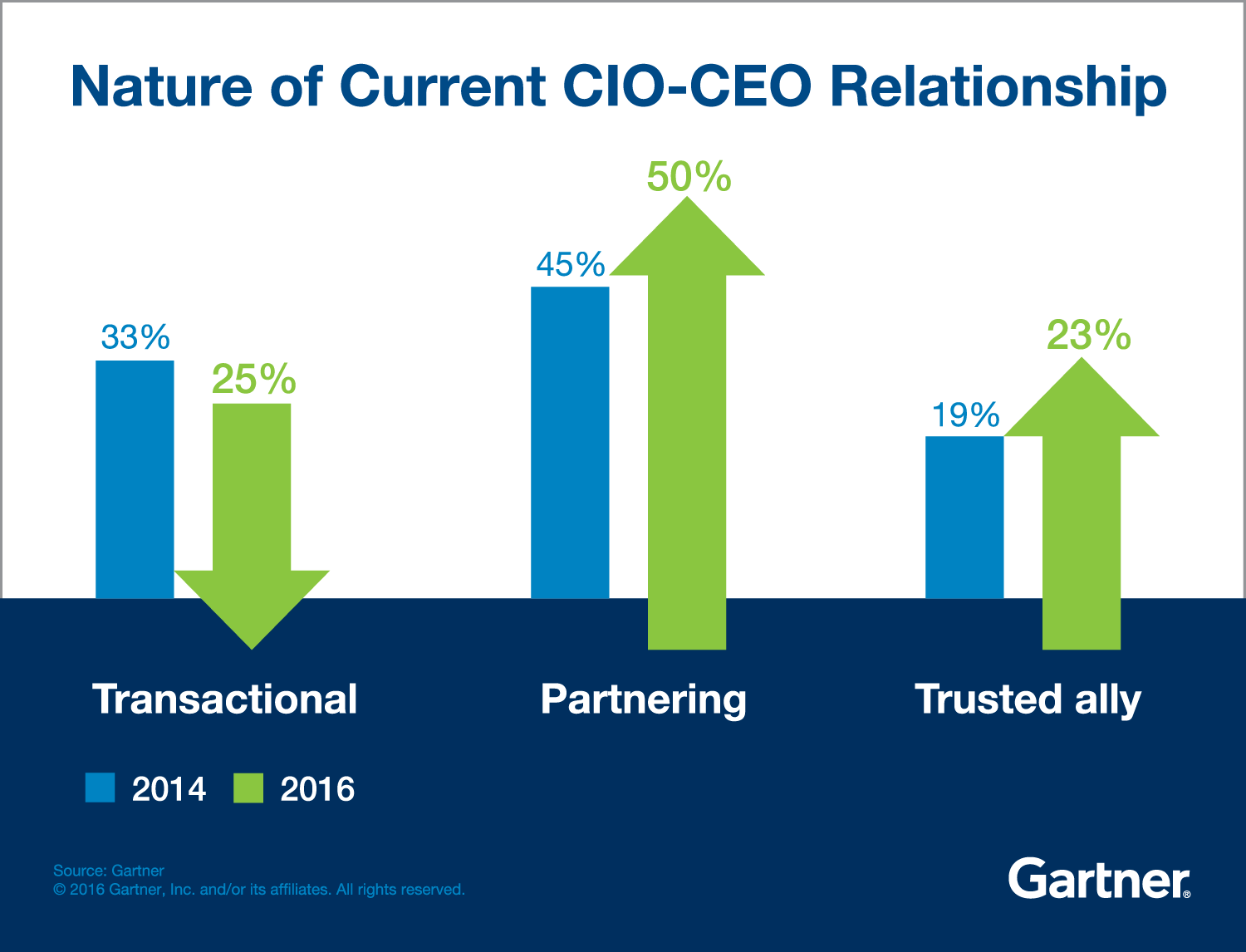 In a nutshell, Weldon’s advice to CIOs is “Partner or perish.” In 2015, CIOs reported that their relationships with CEOs were becoming less transactional and more strategic: 23% believe they are trusted allies (the highest level of CEO/CIO alignment) compared with 19% in 2014, and 50% are CEO partners compared with 45% in 2014. Only 25% of CIOs believe that their relationship with the CEO is transactional – down from 33% in 2014. This level of partnership will continue to rise in 2016, as the majority of CIOs (78%) reported that they expect their influence to continue to increase with CEOs.

How to build your digital leadership platform

PostNord’s CIO sees his role as equally divided between “CIO and IT,” and “business development,” with the latter becoming more prominent in the future. His goal is to transform IT from a back-office function to a source of innovation providing future revenue streams, as he did with the API implementation.

Leadership that extends to the C-suite is a platform that CIOs can build on, like any other asset, to drive organizational and personal success. In fact, nearly 40% of CIOs reported that they are responsible for digital transformation in their enterprises and 34% of CIOs are responsible for innovation. Taking on additional responsibilities like these are an important step in establishing a digital leadership role in the C-suite.

What Is Cloud Computing? — Strategies and Importance for Business