Why CIOs need to balance digitalization with traditional business to help the organization flourish in uncertain times.

Despite the economic challenges, the company balanced the two opposing ideas of cutting costs and investing in growth and innovation. In other words, Shell braked and accelerated in a “turn.”

“ How can organizations accelerate in the turns? They must find their TechQuilibirum”

“The key to winning in the turns is discovering TechQuilibirum,” said Val Sribar, Gartner Senior Vice President, Research & Advisory, in the opening keynote at Gartner IT Symposium/Xpo™ in Orlando, Florida. 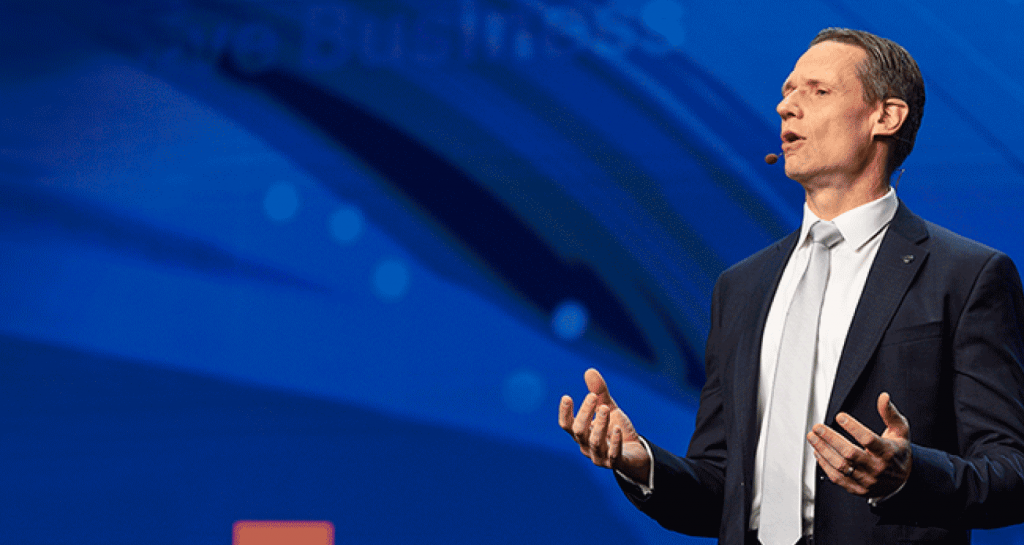 Val Sribar, Gartner SVP, Research & Advisory, explains the importance of TechQuilibrium during the opening keynote at the Gartner IT Symposium/Xpo in Orlando, Florida.

CIOs will face many uncertainties or “turns” in the coming years, whether caused by geopolitics, economic shifts or digital giants. Turns are a sudden shift from the straightaway, and how an organization deals — or is prepared to deal — with “turns” and disruption will dictate how that organization succeeds in the future.

In 2008, during the last major recession, organizations that saw opportunities where others saw risk were able to accelerate into the turn and come out further ahead. Those that panicked and cut costs, or pulled back investment, fell behind.

One question remains: How can organizations accelerate in the turns? They must find their TechQuilibirum — the balance point between being a traditional company and being a digital company.

“Digital giants are driving virtually every enterprise to determine their TechQuilibirum, to make a mission critical bet on the balance between traditional and digital,” said Sribar. “Most enterprises are not going to be only one or the other.”

For most organizations, reaching this balance can take up to seven years and the right balance will look different for each industry and for each enterprise. For example, an oil pipeline might not need to be as digital as a bank or retail store.

“ Organizations can only be as digital as what the market, customers, and society will absorb”

The city of Copenhagen found its TechQuilibirum by combining traditional human emergency services with Corti, an artificial intelligence (AI) bot. Corti is able to tell, by the tone of the caller’s voice, if the caller is having a heart attack. By using both humans and technology, Copenhagen reduced the number of undetected cardiac arrests by half.

But how digital should your organization be?

“As CIO, you will partner with your executive team to design a value proposition that drives the right mix of traditional and digital business,” said Sribar. Organizations can only be as digital as what the market, customers, and society will absorb. These forces will push back and define how digital the organization can be in the current environment. 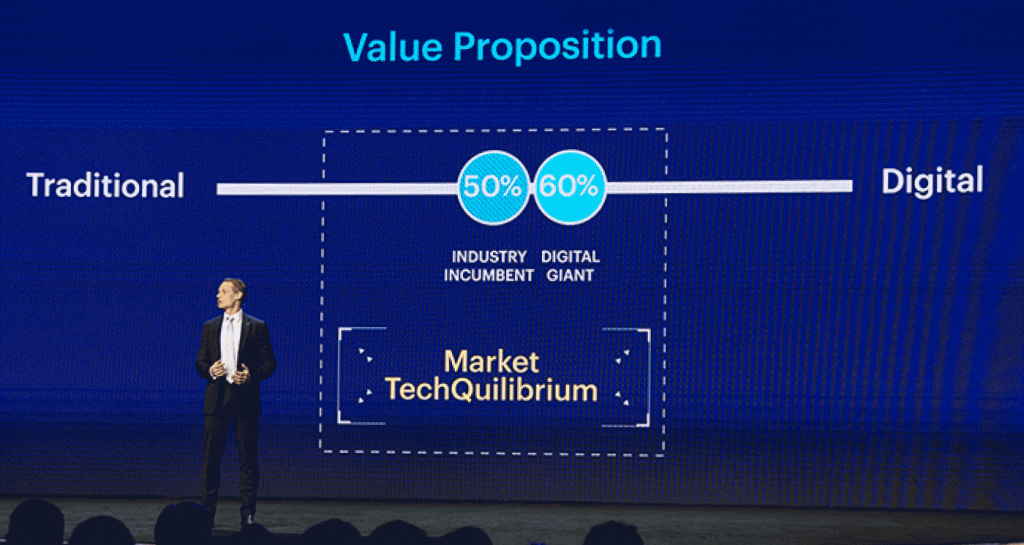 “As traditional incumbents reach their full digital potential and as digital giants go as far as they can in reinventing traditional markets, the entire market will have reached its TechQuilibirum,” said Sribar. ”At this point, neither industry incumbent nor digital giant has any advantage because of digital technology. In the digital society, the distinction between traditional and technology company will eventually disappear.”

But reaching a TechQuilibirum isn’t just about the organization’s outside value proposition, it’s also a focus on digitalizing internal processes, operations and the workplace. For example, the aforementioned oil pipeline can digitalize maintenance, repair, operations, workplace and processes.

Internally, it is not the market that limits digitalization, but rather the ROI and culture of an organization.

“Your ultimate digital business strategy is about how quickly and how far you’ll digitalize your internal operations and your external value proposition,” said Sribar.