Human augmentation conjures up visions of futuristic cyborgs, but humans have been augmenting parts of the body for hundreds of years. Glasses, hearing aids and prosthetics evolved into cochlear implants and wearables. Even laser eye surgery has become commonplace.

But what if scientists could augment the brain to increase memory storage, or implant a chip to decode neural patterns? What if exoskeletons became a standard uniform for autoworkers, enabling them to lift superhuman weights? What if doctors could implant sensors to track how drugs travel inside a body?

How these changes will impact the world and business makes human augmentation one of Gartner’s top 10 strategic technology trends that will drive significant disruption and opportunity over the next five to 10 years.

The trends are structured around the idea of “people-centric smart spaces,” which means considering how these technologies will affect people (i.e., customers, employees) and the places that they live in (i.e., home, office, car).

“These trends have a profound impact on the people and the spaces they inhabit,” says David Cearley, Gartner Distinguished VP Analyst, Gartner. “Rather than building a technology stack and then exploring the potential applications, organizations must consider the business and human context first.”

These trends don’t exist in isolation; IT leaders must decide what combination of the trends will drive the most innovation and strategy.

For example, artificial intelligence (AI) in the form of machine learning (ML) with hyperautomation and edge computing can be combined to enable highly integrated smart buildings and city spaces. In turn, these technology combinations enable further democratization of the technology.

Automation uses technology to automate tasks that once required humans.

Hyperautomation deals with the application of advanced technologies, including artificial intelligence (AI) and machine learning (ML), to increasingly automate processes and augment humans. Hyperautomation extends across a range of tools that can be automated, but also refers to the sophistication of the automation (i.e., discover, analyze, design, automate, measure, monitor, reassess.)

Although not the main goal, hyperautomation often results in the creation of a digital twin of the organization (DTO), allowing organizations to visualize how functions, processes and key performance indicators interact to drive value. The DTO then becomes an integral part of the hyperautomation process, providing real-time, continuous intelligence about the organization and driving significant business opportunities.

Multiexperience replaces technology-literate people with people-literate technology. In this trend, the traditional idea of a computer evolves from a single point of interaction to include multisensory and multitouchpoint interfaces like wearables and advanced computer sensors.

In the future, this trend will become what’s called an ambient experience, but currently multiexperience focuses on immersive experiences that use augmented reality (AR), virtual (VR), mixed reality, multichannel human-machine interfaces and sensing technologies. The combination of these technologies can be used for a simple AR overlay or a fully immersive VR experience.

Democratization of technology means providing people with easy access to technical or business expertise without extensive (and costly) training. It focuses on four key areas — application development, data and analytics, design and knowledge — and is often referred to as “citizen access,” which has led to the rise of citizen data scientists, citizen programmers and more.

For example, democratization would enable developers to generate data models without having the skills of a data scientist. They would instead rely on AI-driven development to generate code and automate testing.

Human augmentation is the use of technology to enhance a person’s cognitive and physical experiences.

Physical augmentation changes an inherent physical capability by implanting or hosting a technology within or on the body. For example, the automotive or mining industries use wearables to improve worker safety. In other industries, such as retail and travel, wearables are used to increase worker productivity.

Trend No. 5: Transparency and traceability

The evolution of technology is creating a trust crisis. As consumers become more aware of how their data is being collected and used, organizations are also recognizing the increasing liability of storing and gathering the data.

Additionally, AI and ML are increasingly used to make decisions in place of humans, evolving the trust crisis and driving the need for ideas like explainable AI and AI governance.

Legislation, like the European Union’s General Data Protection Regulation (GDPR), is being enacted around the world, driving evolution and laying the ground rules for organizations. 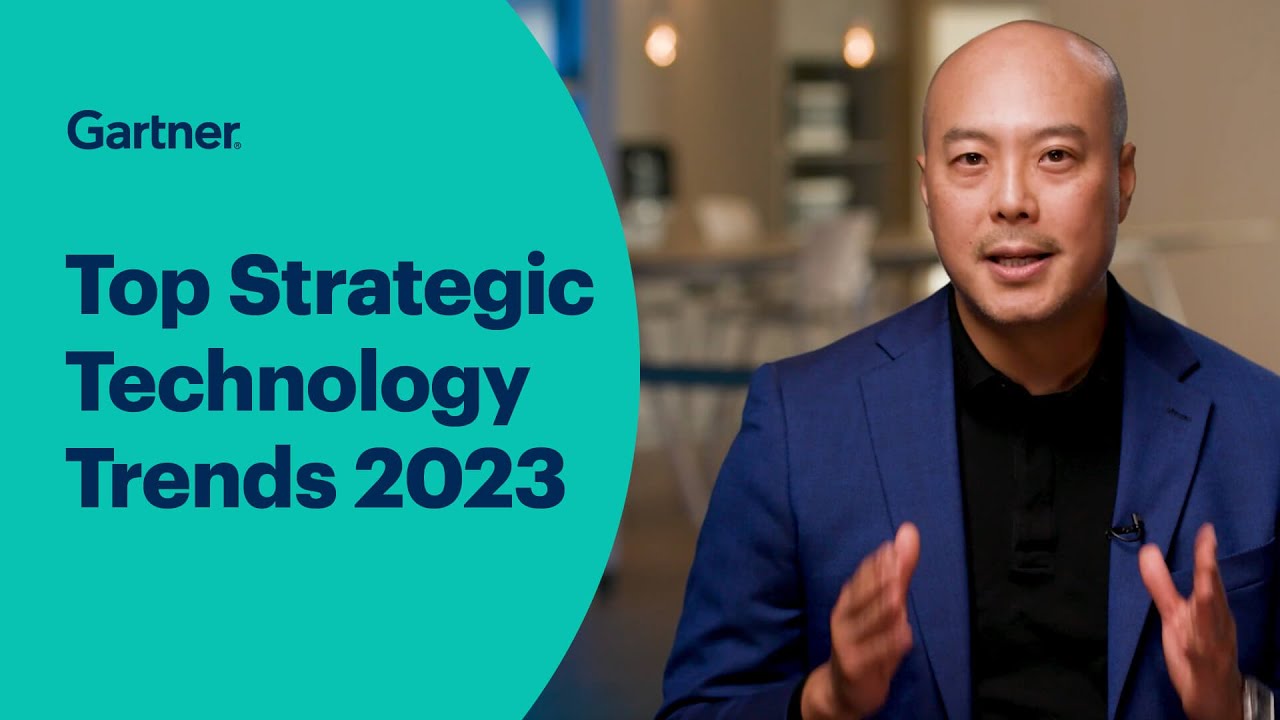 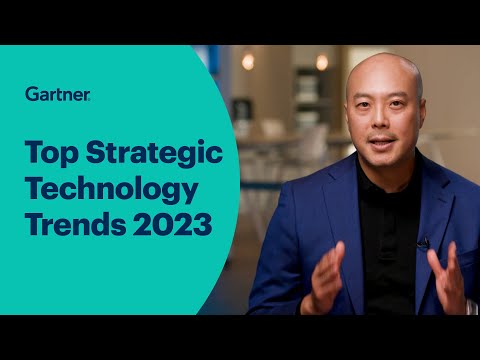 Trend No. 6: The empowered edge

Edge computing is a topology where information processing and content collection and delivery are placed closer to the sources of the information, with the idea that keeping traffic local and distributed will reduce latency. This includes all the technology on the Internet of Things (IoT). Empowered edge looks at how these devices are increasing and forming the foundations for smart spaces, and moves key applications and services closer to the people and devices that use them.

By 2023, there could be more than 20 times as many smart devices at the edge of the network as in conventional IT roles.

Trend No. 7: The distributed cloud

Distributed cloud allows data centers to be located anywhere. This solves both technical issues like latency and also regulatory challenges like data sovereignty. It also offers the benefits of a public cloud service alongside the benefits of a private, local cloud.

Autonomous things, which include drones, robots, ships and appliances, exploit AI to perform tasks usually done by humans. This technology operates on a spectrum of intelligence ranging from semiautonomous to fully autonomous and across a variety of environments including air, sea and land.

While currently autonomous things mainly exist in controlled environments, like in a mine or warehouse, they will eventually evolve to include open public spaces. Autonomous things will also move from stand-alone to collaborative swarms, such as the drone swarms used during the Winter Olympic Games in 2018.

However, autonomous things cannot replace the human brain and operate most effectively with a narrowly defined, well-scoped purpose.

Blockchain is a type of distributed ledger, an expanding chronologically ordered list of cryptographically signed, irrevocable transactional records shared by all participants in a network.

Blockchain also allows parties to trace assets back to their origin, which is beneficial for traditional assets, but also paves the way for other uses such as tracing food-borne illnesses back to the original supplier. It also allows two or more parties who don’t know each other to safely interact in a digital environment and exchange value without the need for a centralized authority.

The complete blockchain model includes five elements: A shared and distributed ledger, immutable and traceable ledger, encryption, tokenization and a distributed public consensus mechanism. However, blockchain remains immature for enterprise deployments due to a range of technical issues including poor scalability and interoperability.

“ Blockchain, which is already appearing in experimental and small-scope projects, will be fully scalable by 2023”

Enterprise blockchains today take a practical approach and implement only some of the elements of a complete blockchain by making the ledger independent of individual applications and participants and replicating the ledger across a distributed network to create an authoritative record of significant events. Everyone with permissioned access sees the same information, and integration is simplified by having a single shared blockchain. Consensus is handled through more traditional private models.

In the future, true blockchain or “blockchain complete” will have the potential to transform industries, and eventually the economy, as complementary technologies such as AI and the IoT begin to integrate alongside blockchain. This expands the type of participants to include machines, which will be able to exchange a variety of assets — from money to real estate. For example, a car would be able to negotiate insurance prices directly with the insurance company based on data gathered by its sensors.

Blockchain, which is already appearing in experimental and small-scope projects, will be fully scalable by 2023.

Evolving technologies such as hyperautomation and autonomous things offer transformational opportunities in the business world. However, they also create security vulnerabilities in new potential points of attack. Security teams must address these challenges and be aware of how AI will impact the security space.