Deliver a UX with fewer features and enhance user satisfaction.

A common mistake when designing or changing a user experience (UX) is to overload it with features in an attempt to address all possible needs. This is a phenomenon termed ‘featuritis’ by Gartner.

Magnus Revang, research director at Gartner, is speaking at the Gartner Application Architecture, Development & Integration Summit 2016 in London today, and he said that often the UX for applications or websites is designed or purchased by people who aren’t going to use it themselves. This can make it difficult to evaluate in terms of quality.

“ Find the right product before making the product right”

"Creating a user experience can become a case of ticking off a list of business requirements, adding one feature after another without considering what features are most important to users," Mr. Revang said. 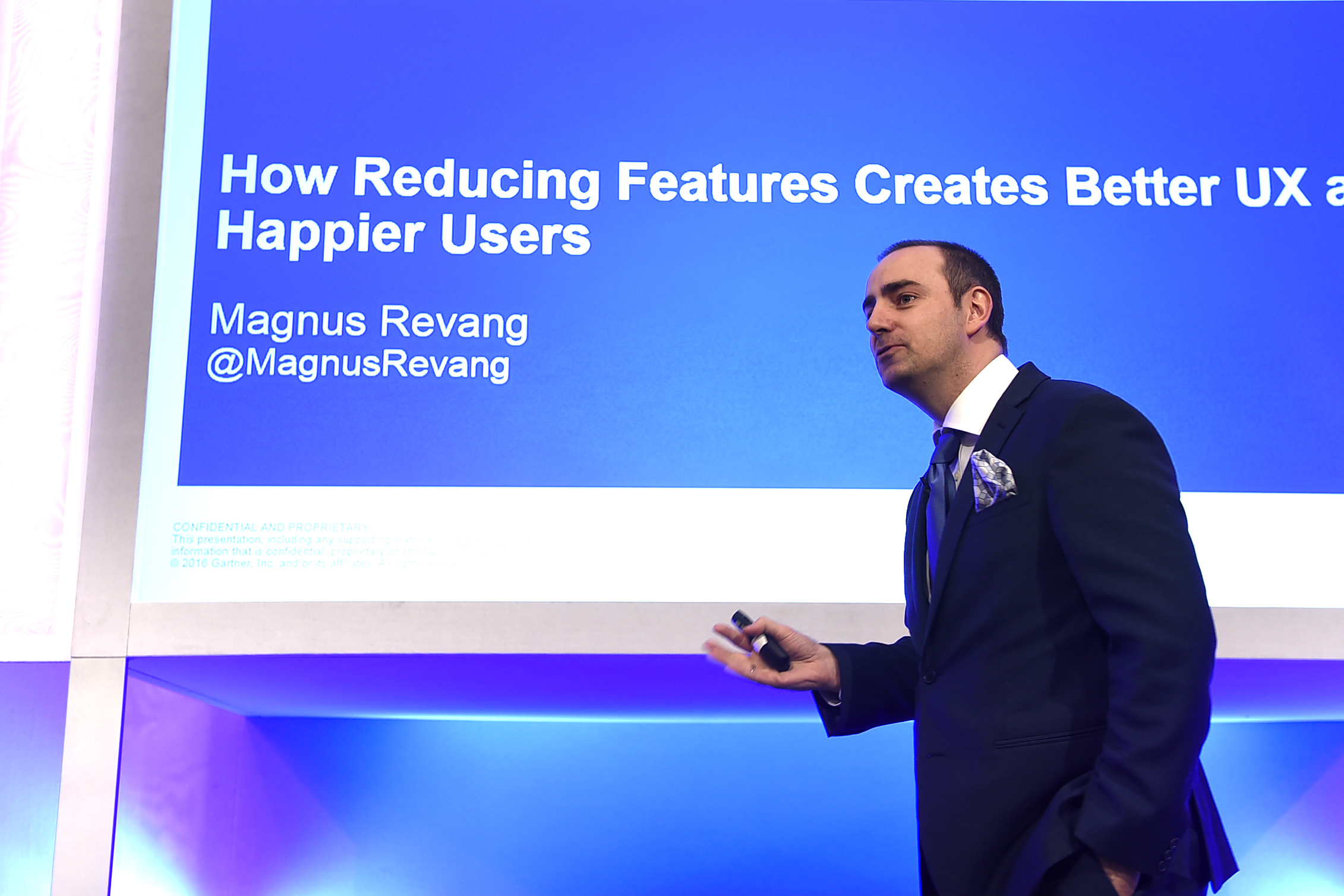 The psychology of choices

Why is having lots of features a bad thing? It comes down to well-documented human psychology, referred to as ‘the paradox of choice’ by psychologist Barry Schwartz. Beyond a certain point, too much choice paralyses our decision making and makes us more dissatisfied. A well-known example of this phenomenon was an experiment in a supermarket, where researchers found that consumers were more likely to buy jam when offered a choice of six varieties instead of 24.

The usual cause of featuritis is that the people in charge of the project don’t spend enough time doing research and fostering insight to create empathy with users. They need to find the right product before making the product right. Ideally around 20 percent of time will be spent evenly across the project, researching user needs and gradually transitioning to validation of the solution.

It’s important to understand that all software reaches a point when the next added feature degrades the UX for all current and future users. A lot of software has gone beyond this point already, and both users and developers would benefit from some streamlining. Mr. Revang outlined thee three strategies to reduce features from an existing UX, rather than designing one from scratch.

Reducing features in this way should ultimately improve the UX while reducing the development burden for designers, allowing them to focus on quality within the existing features.

Actions to Make Your Digital Workplace Happier, Faster and Smarter