Key takeaways on how CIOs tackle changing leadership in the era of digital disruption.

The headlines were about digital business growth and how to build secure, bimodal operations at Gartner CIO Leadership Forum in Phoenix, AZ. Over three days, more than 1,000 CIOs drilled into the need to lead distributed IT environments and disrupt their business models and themselves. CIOs used the keynote presentations and workshops with Gartner analysts to explore how to lead in an era of digital disruption and learned from CIO peers about their key opportunities and challenges across industries.

With CEOs expecting digital business revenue to increase by over 80% by 2020, it’s not an option to put growth plans on hold, said Peter Sondergaard, senior vice president and global head of Research at Gartner, in the opening keynote. While certain economic sectors have faced recent decline, this is no time to halt investment in innovation. Mr. Sondergaard called on CIOs to use a mix of IT and business optimization efforts to underwrite investments in digital business. This is when leaders separate themselves from the competition and avoid the vulnerabilities that allow upstarts to come along and seize control of their markets, he said.

In the second opening keynote, Salim Ismail, author of Exponential Organizations and founding executive director of Singularity University, warned CIOs that many leaders and organizations are blind to the significant disruptive changes that will be brought by exponential technology growth. The doubling of technology speed brought by Moore’s Law will impact drones, 3D printing and even transportation for the first time. “We are not ready to absorb this pace of change,” Mr. Ismail said, and suggested that leadership established to manage the status quo will be caught unprepared.

Both Mr. Sondergaard and Mr. Ismail commented on the disruptive power and impending penetration of blockchain as a decentralized mechanism for anonymously and securely exchanging information. Based on the number of hands that were (or weren’t) raised when Mr. Ismail questioned the audience, many CIOs remain unfamiliar with this technology for a distributed global ledger of transactions.

Customers and staff are high focus issues for CEOs. In a preview of the release of Gartner’s annual CEO Survey (April 2016), Mark Raskino, distinguished analyst and Gartner Fellow, noted that people-centric issues have risen quickly, especially as organizations set out to drive digital to the core. In fact, as Lee Weldon, managing vice president at Gartner, pointed out in his session on how to stay relevant as a CIO, trusted ally CIOs (those who partner more closely with their CEOs) invest more than others in developing talent and acquiring young talent.

In addition to scarce talent, CIOs face the growing challenge of IT implementation throughout the organization 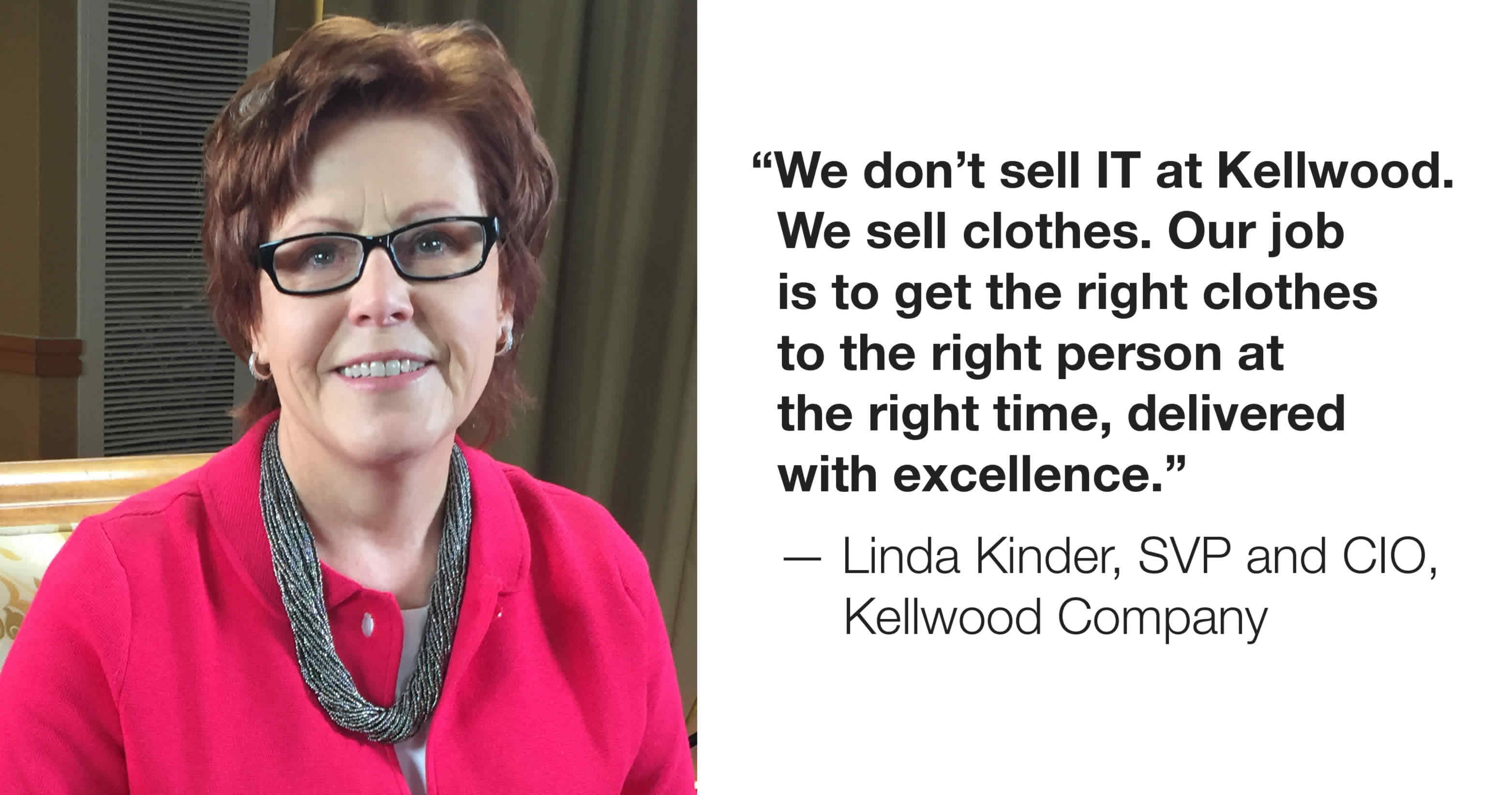 “CIOs who succeed in orchestrating the use of digital technology across their entire business will separate themselves from those who merely run the IT department,” Mr. Sondergaard said.

CIOs participating on a panel about their lessons learned from digital transformation commented about the need to raise the digital acumen of business leaders and vice versa, and the move to platform-centric thinking. The technology stuff is the easy part, noted a CIO panelist, adding that tackling the cultural part is major change.

Jorge Lopez, vice president and distinguished analyst at Gartner, emphasized that by 2020, companies will either lead a digital business industry vision they have created or be part of one created by someone else. These visions capture the opportunity created by the blurring of the digital and physical worlds — whether they are by Boeing for a flying computer; the Apple Watch for a doctor on your wrist; or Ford with its smart mobility plans to explore the nature of transportation via cars, bikes or other means to travel from point A to B. According to Graham Waller, vice president at Gartner, CIOs should evolve six digital leadership personas — adventurer, ambassador, clarifier, educator, attractor and cartographer. He added that digital doesn’t just disrupt markets, it disrupts culture and behaviors as well.

In his session on 10 Management Techniques and Beliefs to Copy from Born Digital Companies, Mark Raskino encouraged CIOs to borrow tactics such as a user-centric mindset, reverence for “geek” talent and culture, or thinking machine-first and using code to automate work.

“Disruption is by definition scary and lonely,” said guest keynote Whitney Johnson, author of Disrupt Yourself. She offered seven tips on a path toward mastery of new areas. Later, Tina Nunno, vice president and Gartner Fellow, presented strategies for CIOs to help their teams deal with an uncertain environment. Essentially, both CIOs and their teams will benefit from transformed leadership for the digital era.