The Economics Of Connections

Create value through the increased density of interactions between business, people and things.

When Tesla Motors freely shared its patterns for superchargers, the company took a critical step to embrace the economics of connections. Tesla’s algorithm for superchargers creates value for the company by capitalizing on the economics of connections to create value through the increased density of interactions between business, people and things. 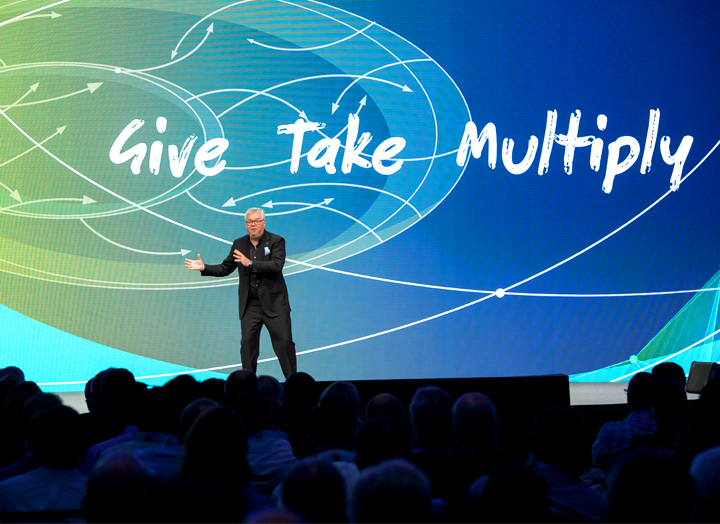 Gartner's Frank Buytendijk explains how algorithms accelerate value in the digital economy during the opening keynote at Gartner Symposium/ITxpo.

“The greater the density of connections, the greater the potential value,” said Frank Buytendijk, vice president and distinguished analyst at Gartner, in the opening keynote at Gartner Symposium/ITxpo in Orlando. To build this type of new value, organizations can implement a strategy to: Give access to everything that is more valuable shared, take active advantage of other resources, and multiply the connections to interact directly with each other.

Tesla doesn’t have merely altruistic goals in giving away its patents on superchargers. The company wisely knows that if others invest in the system, everyone will not only benefit from a more pervasive and cost-effective technology, but will also adopt Tesla’s standards and help it grow its market. Goldman Sachs took a similar approach when it shared some of its trading algorithms, allowing corporate customers to use them in their own trading systems, thus deepening Goldman’s ties with its clients on an operational level.

“By 2018, one out of three business will be monetizing their information.”

“Every organization, commercial or public sector, has some information or capabilities that are worth more sharing than keeping to itself,” Mr. Buytendijk said. Start with your data, he suggested, and take one application and data source, add a Web API, so that a customer or partner can access it. “Place a small bet and see what happens,” he said.

Creating value from connections is a two-way street, and organizations must also take advantage of new resources, skills, and budgets. One suggestion is to allow people to share their creativity and ideas through hackathons and other techniques to leverage many kinds of resources both inside and outside the company. But taking is not limited to human resources. Organizations can leverage massive amounts of digital connections to tap into the value from billions of sensors. “Extend the thought to the 'things' perspective, and it becomes a game changer,” Mr. Buytendijk said. Think of how smart patient monitoring systems measure vital signs, ships that measure the sea water surface temperature as part of global warming research, or smart chopsticks that detect the sanitary levels of food.

“ The number of connections, at very low cost, creates an effect that exponentially multiplies value.”

The true value of the connections between people, business, and things is unlocked when they all start to interact with each other. The number of connections, at very low cost, creates an effect that exponentially multiplies value. Give and take leads to an active and dynamic network of connections, in which the CIO can act as the guiding light in the middle of the organization, acting as the main influencer. “It creates a tightly woven fabric, a ‘mesh’ of connects, if you will,” Mr. Buytendijk said.

While CIOs will facilitate and encourage this multiplication of connections, they won’t control them. It’s another reason they must learn to master a type of influence leadership because “influence scales, while control does not.”

Digital Business Gives Rise to the New Economics of Connections

Top Priorities for IT: Leadership Vision 2021

Top Priorities for IT: Leadership Vision 2021