The Fad, Function, and Fashion of Smartwatches

Soon smartwatches will drop in price and take a growing share of the watch market. Here's what's to come.

Your grandfather's Swiss watch sits on the dresser, an example of precise craftsmanship. Tomorrow's heirloom watch won't just tell perfect time, it will pay for your groceries, remind you to get off at the next train stop, and open your hotel room door. The smartwatch market is poised for takeoff, particularly with the anticipated debut of the Apple Watch on sale in April.

While the Sony SmartWatch and Samsung Gear were released in 2013, it was Apple's announcement in 2014 that triggered consumer interest in these wearable devices. Soon smartwatches will drop in price and take a growing share of the watch market. Here's what's to come: 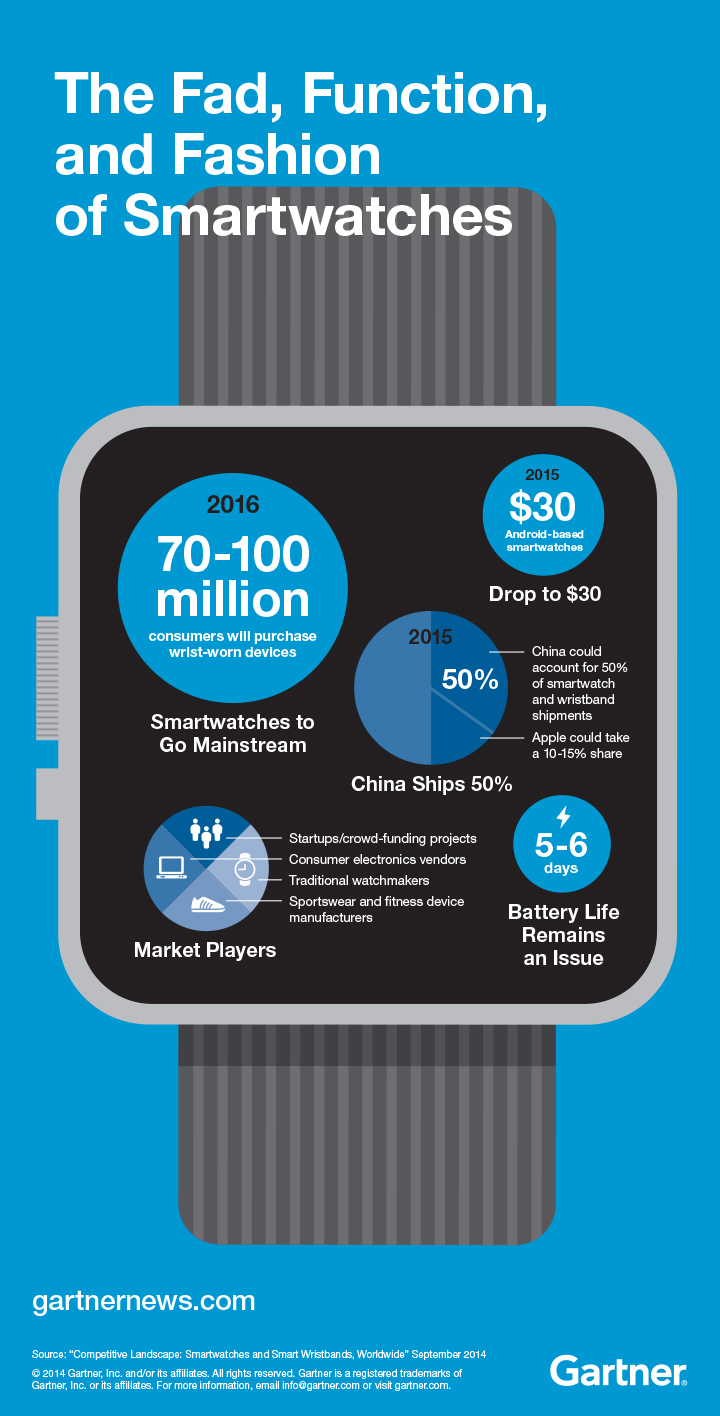 Alas, for all of their functionality, mobility and wearability, smartwatches rely on batteries and here, size matters. A battery that lasts for several months would not allow for a light and sleek design.

Different models of smartwatches and fitness wristbands that have been tested reduce the battery life of the connected smartphone, says Annette Zimmermann, research director at Gartner.

Batteries in the smartwatch itself can last five to six days. But as consumers add more devices to their households, the number of gadgets that need to be charged will continue to grow until it becomes a burden. Consumers will probably still opt for the sleekest smartwatch design, even if it means juggling devices at the charging station.

Connect with the leading IT and business executives to get the latest insights on tech trends and drive product innovation for business growth and more.

IT Spend Forecast, 4Q21 Update: Where Next?

The Technology General Manager Agenda: Priorities and Best Practices for 2022