Partha Iyengar is VP and Gartner Fellow in Gartner's CEO Research team. He is also the Country Leader - Research, India. His research interests cover areas of strategic interest to CEOs and their direct reports, including digital business, digital business maturity assessments, customer experience, expectations of the CIO and IT organization, and globalization issues, including Global Insourced Centers (GICs).

Mr. Iyengar served for three years as a nonexecutive director on the board of directors of State Bank of India, India's largest bank and one of the world's largest financial institutions.

Mr. Iyengar has more than 30 years of experience in the field of IT, including in the U.S., where he has held senior technical and managerial positions at major U.S. corporations, including Gartner. Prior to setting up Gartner operations in India, his previous positions in the U.S. include director of Applications Development (AD) within Gartner's internal IT department, in Stamford, Connecticut. In this position, he had responsibility for conceptualizing, developing, maintaining and managing Gartner's entire internal and client-facing applications portfolio. Prior to joining Gartner, he had a very successful stint as CEO and principal consultant of his own consulting organization in the U.S., where he provided consulting assistance to major corporations in the areas of application design, architecture, standards, software process control and overall AD methodology. He has also worked at the Fortune 100 consumer goods company, James River Corporation, and prior to that in the manufacturing segment at UNC Aerospace. 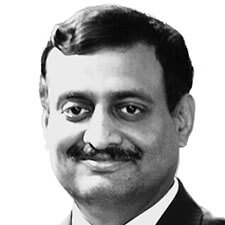 Gartner Research Board for Global CIOs

3CEO/CIO Issues - Expectations of CIO and Business Value of IT