Topics covered in his research agendas include:

Before joining Gartner in 2015, Mr. Delory was an engineer and subject matter expert on virtualization for several large healthcare organizations. Most recently, he was Lead Virtualization Engineer for Fresenius Medical Care, where he served as a technical lead for a team of six engineers whose sole focus was the virtualization platform (technologies from VMware and Citrix).

As an engineer, Mr. Delory specialized in scripting and data center automation. He has extensive experience with common languages such as PowerShell and Ruby, and with automation and orchestration products such as Microsoft SCCM and VMware vRealize. He has deployed multiple desktop virtualization environments, using both VMware View and Citrix XenDesktop; and multiple application virtualization environments, using both VMware ThinApp and Microsoft App-V. He has hands-on engineering experience with hyperconverged integrated systems. He has built and supported all manner of traditional x86 servers.

Before beginning his career in enterprise IT, Mr. Delory was an entrepreneur and college-level educator. He created a new and innovative line of computer diagnostic and repair tools, for which he was awarded multiple U.S. patents, and he founded Siderion Corp. to market these tools. He also served as an adjunct instructor at Middlesex Community College, where he taught English composition and ethics. 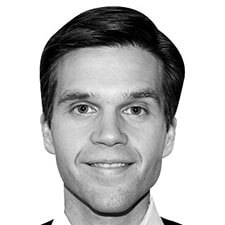 IT Operations and Cloud Management for Technical Professionals

3Selecting a hyperconverged vendor or product

2023 Planning Guide for IT Operations and Cloud Management