182: Make Your Groups Elite; Good is the New Cool 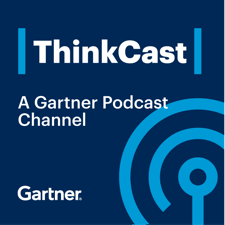 Episode 182 Make Your Groups Elite; Good is the New Cool

Daniel Coyle – author of “The Culture Code: The Secrets of Highly Successful Groups” – shares what elevates the best groups and teams above the rest of us. Spoiler alert – it does not mean making everyone feel comfortable. Then, marketing guru, branding expert and author Afdhel Aziz helps you elevate your brand above the noise in today’s marketplace: “Know your purpose. Know why you exist as a company beyond just making money.”  And many companies are taking the approach of, “Ask not what you can do for our brand. Ask what our brand can do for you.” But Gartner expert Rick DeLisi says you might be asking the wrong question.

Panel Discussion: Turn Security and Risk into a Business Function

Tell an IT Value Story that Executives Will Care About

The Future of Data and Analytics: Tales and Trends from the Center to the Edge

The Looming Impact of the Emerging Digital Society -- A Panel Discussion

What's holding our teams back?

The most important element

Reflecting on the U.S. Navy SEALs

How do we encourage true collaboration?

Why "good is the new cool"

They're not consumers; they're citizens

People are the new media

Steps to becoming a purpose-driven organization

What distinguishes the "corporate brand"?

Rising above the brand crowd

Are companies aware they need a new approach?

How do we differentiate our brand?

Where do you focus your efforts? 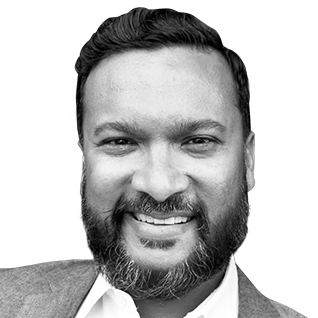 Afdhel Aziz is one of the world’s leading experts in brand purpose, marketing innovation, and social entrepreneurship. He had a 20-year career as an award-winning international marketer who led brands at Procter & Gamble, Heineken, Absolut, and Nokia, in London and New York. He was most recently Director of Absolut Labs in the USA, highlighted by Forbes as ‘one of top three marketing innovation labs to emulate’ in the world. He is currently the Founder and Chief Purpose Officer of Conspiracy of Love, a think-tank and idea incubator that helps Fortune 500 like Adidas, Facebook, Sonos, Bacardi, Mars and Coty use culture and technology as a force for good. Afdhel is the co-author of Good is the New Cool: Market Like You Give a Damn (Regan Arts, 2016), a provocative manifesto for a bold new model of marketing, which helps brands become a force for good. The book was a #1 Amazon New Release in ‘Philanthropy and Charity’ and has been hailed as the new ‘Ogilvy on Advertising’. He is one of the world's leading experts on how to deliver cutting-edge campaigns, content, and experiences; working with world-class artists such as Lady Gaga, Deadmau5, and Kanye West, as well as diverse partners like the TED Conferences, Art Basel, Coachella Festival, and the Andy Warhol Foundation. Examples of his work include Absolut Reality, the world’s first live-streamed virtual reality concert; Absolut Deadmau5, a groundbreaking video game with electronic music superstar Deadmau5; and Absolut Open Canvas, which transformed entire city blocks in Brooklyn and San Francisco into contemporary art installations. He has been a featured speaker at the Cannes Lions, SXSW, TEDx, Advertising Week, The Gathering, the Chief Digital Officer Conference: Silicon Valley, Columbia University and more. His work has been featured in the New York Times, Vice, Fast Company, Forbes, Fortune, The Guardian, Coolhunting, Billboard, Hypebeast, Mashable and more. 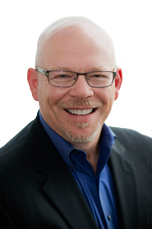 Richard DeLisi has worked as VP, Advisory within Gartner's Customer Experience, Customer Service and Communications practices since 2006. Mr. DeLisi worked as Head of Communications for a domestic airline based at Washington Dulles International Airport. He was responsible for media relations, customer communications, investor relations, as well as additional customer service and marketing responsibilities. 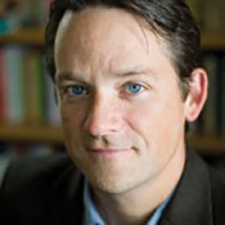 Daniel Coyle is the New York Times bestselling author of The Talent Code, The Little Book of Talent, The Secret Race (co-authored with Tyler Hamilton), Hardball: A Season in Projects, and other books. Winner (with Hamilton) of the 2012 William Hill Sports Book of the Year Prize, he is a contributing editor for Outside Magazine, and works as a special advisor to the Cleveland Indians. Coyle lives in Cleveland, Ohio during the school year and in Homer, Alaska, during the summer with his wife Jen, and their four children.

How Supply Chain Leaders Navigate the Phases of COVID-19 Recovery

Coronavirus: Securing the Business in a Shifting Landscape

Sorry, No data match for your criteria. Please refine your filters to display data.
Load More

Gartner ThinkCast puts you at the intersection of business and technology with insights from the top experts on how to build a more successful organization, team and career in the digital era. Join us to get your competitive advantage.

Thank you for listening to Gartner ThinkCast. Please rate, review and share with your colleagues.

All content on Gartner ThinkCast is owned by Gartner and cannot be repurposed or reproduced without Gartner’s consent.

Gartner is an impartial, independent analyst and advisor. All content provided by other speakers is expressly the views of those speakers and their enterprises. The information on Gartner ThinkCast should not be construed as a Gartner endorsement of any enterprise’s products or services.