Corporate communications teams that understand barriers to the 3 drivers of behavior can better meet business objectives and demonstrate their value to the organization.

Giancarlo, the head of communications at a packaged food company, was reviewing his team’s messaging around food safety — again. Despite constant communication, the business was suffering from persistent food-safety incidents. His strategy? Listen more before deciding how best to try and communicate to change employee behavior. This challenge is not uncommon as communications leaders struggle to prove their value and demonstrate positive impact on business outcomes — despite communicating more than ever. Turns out, the messaging doesn’t always target the right problem.

Listen to surface barriers to change

To get to the bottom of the problem, Giancarlo focused on active listening activities in the plant, including holding focus groups and conducting surveys. The Gartner BEACONS model helps communicators focus their listening exercises to uncover obstacles to change. The model is composed of three categories: Individual attitudes, capability and social cues. The most common behavior change barriers from each category form the BEACONS model.

Using the BEACONS model, communicators can approach listening activities with a keen focus on potential barriers. 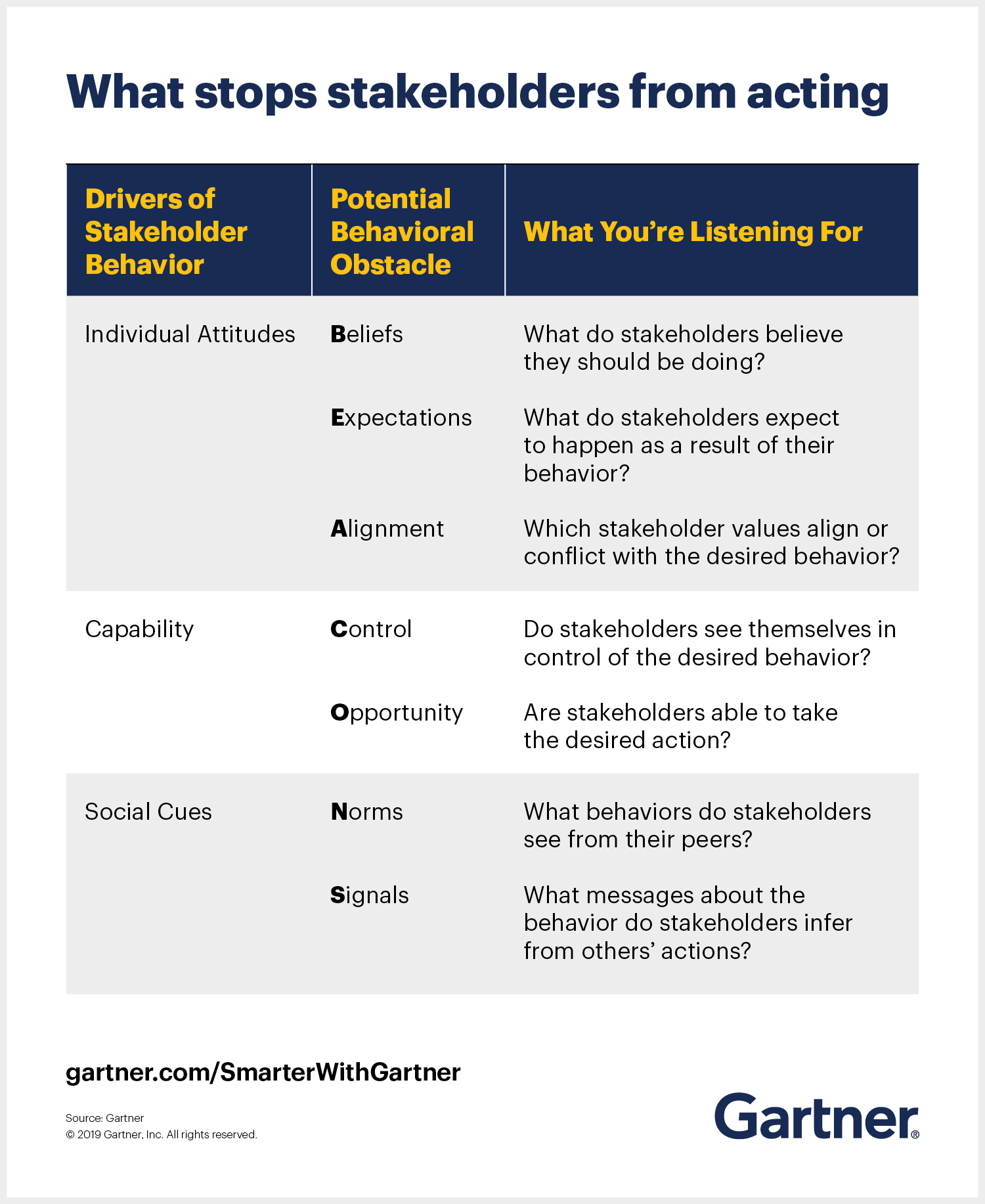 Only by listening did Giancarlo's team discover that while its messaging was meant to position safety as the top priority, employees understood safety to be less important than training, processes and measurement. The team focused its efforts on crafting messaging and a targeted plan to combat the true problem — the discrepancy between what employees felt they were told and what they were actually expected to do — to drive alignment. “As the business environment becomes increasingly complex and information-saturated, progressive communications teams that want to prove business impact and value must turn from an attitude-centric focus toward a behavior-centric focus,” says Earl. Communicators like Giancarlo approach behavior change as an activity to figure out what’s getting in the way of the proposed change as opposed to simply dictating that employees change.

Connect with the leading CMOs and marketing leaders to get the latest insights on marketing technology, trends, innovation and more.

Creating a Culture That Performs

Communications’ Role in Managing the Experience of Remote Workers

How to Create a Marketing Strategic Plan | Template | Gartner