The Reality Of Blockchain

Understand how blockchain will evolve until 2030 and todays hype versus reality.

Generally, anyone looking to open a restaurant would need to go to various government agencies to obtain the required certifications. For example, the owners may  need a health certification, worker’s comp certification or a liquor license depending on the type of establishment. For each of these certifications, the owner will have to produce essentially the same documentation.

In British Columbia, the government for the city of Victoria decided that, as a matter of social good, it would create a blockchain platform to allow access to all of the restauranteur’s information, creating a “restaurant passport” for each owner.

“ Given the horizon for complete and inspired blockchain solutions, be careful about the assumptions you have going into various use cases”

This type of blockchain, called blockchain enhanced, increases efficiencies while continuing to drive economic growth. But where does blockchain fit for other organizations?

“Ask yourself this question, what are we building and where does it fit in this kind of model?” said David Furlonger, Gartner Distinguished VP, Analyst at Gartner IT Symposium/Xpo 2019™ in Orlando, Florida. “Where is it going to take you in terms of value proposition?”

Victoria’s government had a clear, narrowly defined focus for this proof of concept (POC), but CIOs need to understand what blockchain is, what it could be and, importantly, how to explain the value to the business.

A CIO's Guide to Blockchain 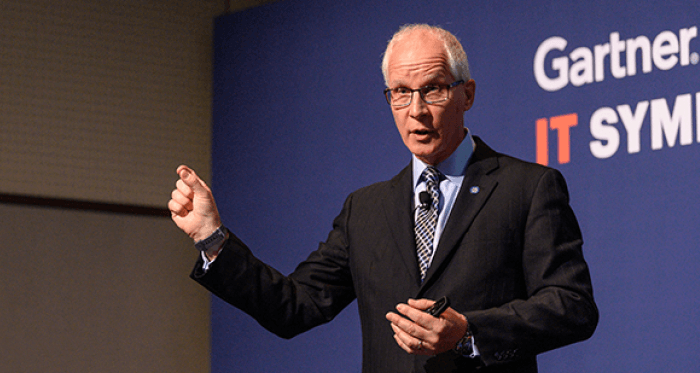 David Furlonger, Gartner Distinguished VP, explains how blockchain will evolve over the next 10 years during his The Real Business of Blockchain session.

According to the 2019 CIO Survey, while 60% of CIOs expect some kind of blockchain deployment in the next three years, it’s not a focus; only 5% of CIOs rank it as a game changer for their organization.

Most organizations have only explored blockchain on small, narrowly-focused POCs. But top performers are already considering how the technology could be combined with complementary tech such as artificial intelligence (AI) and the Internet of Things (IoT) to create entirely new business models.

Even if the technology is not quite advanced enough to launch this initiative now, CIOs should begin exploring these potentials and gathering support from their leadership team. 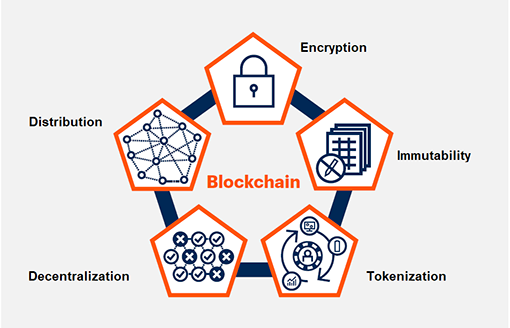 Distribution: Blockchain participants are located physically apart from each other and are connected on a network. Each participant operating a full node maintains a complete copy of a ledger that updates with new transactions as they occur.

Encryption: Blockchain uses technologies such as public and private keys to record the data in the blocks securely and semi-anonymously (participants have pseudonyms). The participants can control their identity and other personal information and share only what they need to in a transaction.

Immutability: Completed transactions are cryptographically signed, time-stamped and sequentially added to the ledger. Records cannot be corrupted or otherwise changed unless the participants agree on the need to do so.

Tokenization: Transactions and other interactions in a blockchain involve the secure exchange of value. The value comes in the form of tokens, but can represent anything from financial assets to data to physical assets. Tokens also allow participants to control their personal data, a fundamental driver of blockchain’s business case.

Decentralization: Both network information and the rules for how the network operates are maintained by nodes on the distributed network due to a consensus mechanism. In practice, decentralization means that no single entity controls all the computers or the information or dictates the rules.

Understanding each of the elements, and how they come together to form a true blockchain, gives CIOs a framework to explain the technology to executives and clear up misconceptions.

To help CIOs understand blockchain’s current reality and its future evolution, Furlonger shared the Gartner Blockchain Spectrum and discussed how blockchain will evolve through 2030.

This early phase of blockchain-enabled experiments are built on top of existing systems to reduce cost and friction in private, proprietary activities. They have only limited distribution capabilities to a small number of nodes either within or between enterprises.

The current phase of blockchain-inspired solutions are usually designed to address a specific operational issue – most often in terms of inter-organizational process or record keeping inefficiency. These solutions generally have three of the five elements: Distribution, encryption and immutability

Blockchain complete offerings, starting in the 2020s, will have all five elements, delivering on the full value proposition of blockchain including decentralization and tokenization.

Blockchain enhanced solutions offer all five elements and combine them with complementary technologies such as AI or IoT.

Read more:
The 4 Phases of the Gartner Blockchain Spectrum

Given the horizon for complete and inspired blockchain solutions, be careful about the assumptions you have going into various use cases, said Furlonger. Seriously consider potential use cases and how blockchain fits into your organization’s risk profile and investment scenarios. Further, when considering a POC, think about how each of the features will drive business value. And, keep the five elements in mind when evaluating any vendor technology. As you pursue blockchain use cases, ask questions including:

This article has been updated from the original, published on October 16, 2018, to reflect new events, conditions or research.

Understanding the Gartner Blockchain Spectrum and the Evolution Technology Solutions by David Furlonger and Rajesh Kandaswamy.

Learn about the latest twelve emerging technology trends & insights that will help shape the future of digital business.

Learn about the latest twelve emerging technology trends & insights that will help shape the future of digital business.

Invest in Your Digital Innovation Ecosystem to Drive Sustainable Growth