CIOs should become trusted allies to move from a culture of control to one of influence.

When Gartner looked for the one quality that distinguishes CIOs with the most influence, it discovered that the majority of CIOs have it: intuition. Notably, 73 percent of CIOs are intuitive compared to only 49 percent of general managers.

Why is this such a critical trait? Because in the era of digital business when the density of interactions between people, business and things creates an economics of connections, CIOs must shift from a culture of control to one of influence to help their organization build new value, according to Mary Mesaglio, research vice president at Gartner, in the opening keynote at Gartner Symposium/ITxpo in Orlando. Intuition helps CIOs lead in an uncertain environment and solve complex problems in creative ways. 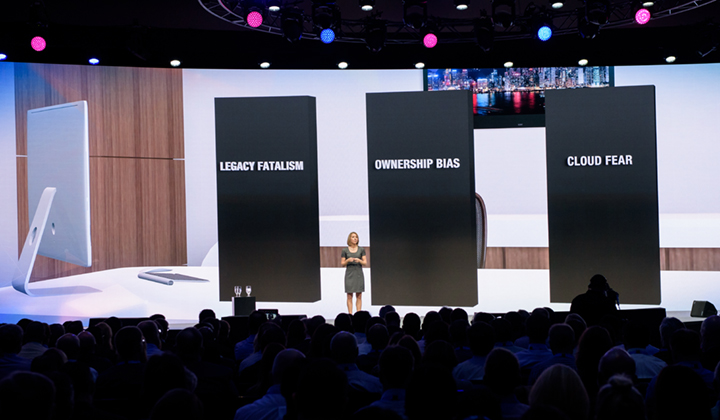 During the opening keynote at Gartner Symposium/ITxpo, Gartner's Mary Mesaglio says to truly drive results, CIOs must evolve to becoming the trusted ally.

“ Trusted ally CIOs are masters of the economics of connections. ”

“They are masters of the economics of connections,” Ms. Mesaglio said.

Being a trusted ally isn’t enough to lead in the age of the cloud and the crowd. CIOs must also focus on what is important by divesting non-differentiating assets. Ms. Mesaglio challenged CIOs to divest themselves of legacy systems, ownership bias and cloud fear. IT organizations must overcome decades of inertia to divest legacy systems that no longer add value. For example, Phillips sold off its lighting division to focus on its heath technology business. GE is divesting consumer and financial businesses to refocus its efforts on industry and infrastructure. “Don’t be a legacy fatalist,” she said.

What type of CIO are you? Learn which CIO journey to take at Gartner Symposium/ITxpo 2016.

Removing ownership bias might be more difficult. But if someone can do it better, and will do it better, it’s time to let them. CIOs should find and embrace citizen developers, who will be the future of software development. Business units have no trouble using the cloud, software-as-a-service (SaaS), and other tools. By embracing the safety and economics of the cloud, CIOs can shed ownership of undifferentiating software and infrastructure.

“ 73 percent of CIOs are intuitive compared to only 49 percent of general managers. ”

In the end, the need for trust goes beyond how CIOs position themselves as allies to senior leadership. Trust is the foundation for exploiting the economics of connections, and it will be increasingly important for algorithms to sense and respond to certain behaviors. Algorithms must be programmed to trust people at a level they deserve.

How CIOs Can Influence Effectively in the Digital Age

CIO Strategy: Manage the Opportunities & Risks of Democratized Business-Led IT

The Gartner Top Strategic Predictions for 2022