What Happens When Things Become Customers?

As technology evolves, organizations must architect the business to deal more with things than with humans.

When a Tesla Model S has a mechanical issue, chances are the owner won’t have to worry about visiting a mechanic. The car will continuously diagnose itself and alert the company that there is a problem. Over 80% of Tesla repairs don’t take place in a repair shop; instead, they are made directly from Tesla to the car. LG has created a line of appliances that can communicate with each other and with the owner if there is an issue. HP has a service called “Instant Ink” that can order and purchase ink independently when it senses a shortage.

These are just a few examples of how intelligent things are beginning to act on behalf of human customers.

“As things become more intelligent, with either intelligence built into the thing or the physical thing being part of an intelligent network, they’ll start to take on some of the behaviors that you and I would do as customers,” said Don Scheibenreif, vice president and distinguished analyst, during Gartner IT Symposium/Xpo™  2017 in Barcelona, Spain. These behaviors include actions such as requesting service, receiving messages, buying things, reporting an issue and negotiating a deal.

Gartner researchers found that things, either on their own or as part of a networks, are taking on traditionally human tasks. This means that organizations need to think about how best to interact with things when they’re completing tasks on behalf of human customers. 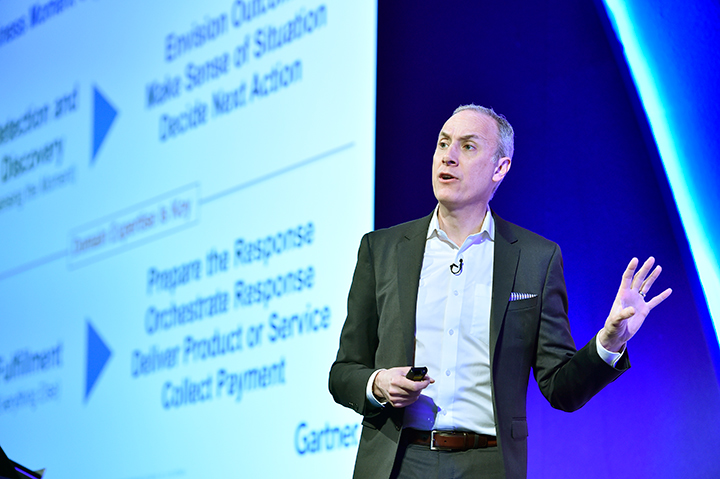 Thing commerce is the idea that a smart thing will make a purchase on behalf of a company or inferring what a customer might need before they ask. By 2020, 5% of all digital commerce transactions will come from a smart machine. Customers will become more comfortable using technology such as Amazon Echo, and it will change how things are bought and sold.

Currently, this technology is in the “fixed” stage, which means things can purchase specific items as defined by rules. The next stage is adaptable, which allows the thing to make the best selection among various products. Finally, things will reach an autonomous stage, where the thing is able to infer customer needs based on rules, context and preference.

Thing service is the ability to support service requests communicated directly by things. By 2018, 6 billion things will have the ability to request service. For organizations that have customer service calls, this might mean a change from thousands of calls to hundreds of thousands or more.

A thing as a fixed customer would request a specific type of service, as defined by humans. A thing as an adaptable customer might choose the best approach to request customer service based on certain predefined rules. Finally, an autonomous thing would make independent decisions based on rules, context and preferences.

This is the process of promoting and selling products or services to things. If the best weapon a marketer has is emotion, how does a company appeal to a thing without emotions? Marketers have to figure out what combination of actions need to happen to break through to the human customer.

For thing marketing as a fixed customer, that means sending a specific type of message for a specific need to a specific audience. For an adaptable thing, that means competing with others selling a similar product based on predefined rules. Finally, the future would be autonomous, which would mean proactively seeing offers based on rules, context and preferences.

5 Data and Analytics Actions For Your Data-Driven Enterprise

How IT Can Strengthen Customer Experience Governance

The Gartner Predictions for 2023: The Top Customer Experience Trends

5 Data and Analytics Actions For Your Data-Driven Enterprise

The 3 Secrets to Become a Future-ready IT Organization

KPIs: How Top Performers Prove the Business Value of IT